Since 2019, the world has faced major challenges from the pandemic and increasing global conflict and competition among superpowers. However, Taiwan has enjoyed a new economic boom during this period, and new business opportunities are being pursued and explored by local and foreign investors. Following the increase of business and investment activities in Taiwan, this article shares insights regarding the framework and recent developments for Japanese enterprises looking for investment and business opportunities.

Foreign investors usually consider two types of entities when doing business in Taiwan: a locally incorporated subsidiary or a Taiwan branch of a foreign company. Both entities have recognised legal personality under Taiwan law to do business and obtain property rights (including real property rights), with some differences.

The shares held by shareholders are generally freely transferable unless there is a shareholder agreement restricting transfers. Both forms of companies are generally subject to local tax treatment. Generally, no stamp duty would be required for the transfer of shares or capital contribution unless in very special circumstances, but it may be subject to securities transaction tax, capital gains tax, and income tax, depending on the types and sizes of the transfer.

A Taiwan branch of a foreign company shares the same legal personality with its head office and there would be no shareholding or capital contribution structure, therefore: (1) the change of control of a Taiwan branch needs to be structured as an asset or business transfer transaction (unless the head office is itself sold or transferred outside of Taiwan); (2) working capital could be remitted from the head office to the branch from time to time without share subscription or capital contribution formalities; (3) there is no withholding tax when remitting profits to the head office; and (4) no local board of directors is required, but the branch would still need a local responsible person and a branch manager to be registered with the local authority (who could be served by the same person and could be a non-Taiwan national).

Any non-Taiwan person or entity that intends to invest must apply for and obtain approval from the Investment Commission (IC) of the Ministry of Economic Affairs (MoEA). The term investment includes (1) holding any shares issued by or to contribute capital to a Taiwan company (but does not include buying outstanding public companies’ shares through the Taiwan Stock Exchange, over-the-counter (OTC) or the Emerging Market of Taipei Exchange) less than 10% for one time, also does not include subscribing for less than 10% of public companies’ shares through private investment in public equity (or a PIPE) transaction; (2) setting-up a Taiwan branch office, Taiwan proprietary business, or Taiwan partnership; and (3) providing a shareholder loan or loan to any of the above-mentioned invested businesses with a duration exceeding a year.

According to the interpretation of the MoEA, a Taiwan branch invested by a foreign person could be set up directly without approval from the IC in advance, unless the foreign person is a PRC-invested company where IC approval shall still be obtained in advance.

According to Taiwan cross-strait regulations, a PRC-invested foreign company includes any foreign company with 30% of its shares or capital directly or indirectly held or contributed by or controlled (including de facto control) by nationals, legal persons, organisations, groups, institutions, authorities, or agencies of the PRC (PRC person).

For foreign investors who are not PRC persons, the IC will take a negative list approach, where the applicant usually could obtain approval without limitation (or with slight limitations) if the business items to be applied for are not restricted or prohibited on the negative list.

A PRC-invested foreign company will be treated as a PRC person, and the IC will take a positive list approach where the applicant would be subject to strict scrutiny and would not be able to clear the approval unless the business items to be applied for are permitted on the positive list (and special criteria that may be additionally required, if applicable).

The general practice indicates that most business items are generally open and friendly to foreign investors as long as no PRC person has any investment or control. Even for traditionally highly regulated sectors (e.g. securities, banking, insurance, and technology, media and telecoms), foreign investment without any PRC involvement are generally accepted, subject to whether certain requirements could be satisfied by the applicant.

In terms of a multinational company’s group structure, the authors note that more and more cross-border enterprises with subsidiaries both in mainland China and Taiwan keep their subsidiaries separated into two parallel subsidiaries or affiliates through a restructuring process to avoid one of them controlling or being controlled by the other.

M&A is also a common tool for foreign companies to invest in Taiwan. Cross-border M&A transactions generally require foreign investment approval, except for special cases due to deal structure.

Taiwan law generally provides four types of mechanism for M&A transactions: merger or consolidation; acquisition of all or substantial assets or business or general assignment and assumption of a company’s assets and liabilities; compulsory share exchange; and the division of a company (spin-off).

In local practice, PIPE is commonly seen and used in a strategic alliance or joint venture, reverse takeover or back-door listing, and as a defence tool against a hostile takeover. Any public company intending to issue new private shares through PIPE shall be subject to the following restrictions: (1) shareholders’ approval made by at least two-thirds of all attending shares in the quorum that shall consist of at least a majority of total outstanding shares of the company attending would be required; (2) for a company at a profit with no accumulated losses, the PIPE subscriber is limited to either (a) non-insider or affiliates of the issuer in the case that such PIPE issuance needs approval from the Taiwan Stock Exchange or OTC due to certain reasons specified in applicable law, or (b) “strategic investors” (as defined in applicable law); and (3) pricing must be reasonable and, if the offered price is lower than 80% of the defined “reference price”, an independent expert’s opinion would be required.

Tender offer is also commonly used in the public takeover, squeeze out or delisting deals, or reverse takeover or back-door listing transactions. Any person (or persons collectively) who plans to purchase 20% or more of a listed company’s shares within 50 days must go through the statutory tender offer process. In addition, based on current market practice and trends, compulsory share exchange and triangular merger under the M&A Act also functions as one feasible option or combination for public-company-involved restructure or delisting transactions.

It should be noted that certain merger transactions may require merger (or antitrust) clearance from the Taiwan Fair Trade Commission if the proposed transaction meets certain criteria with respect to market share or turnover. 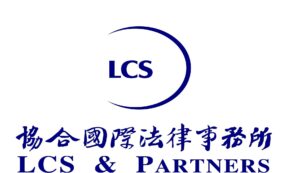 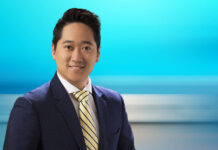 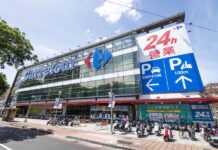 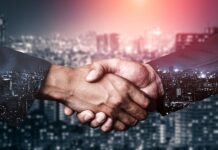