Offshore lawyers routinely issue legal opinions with respect to British Virgin Islands (BVI) and Cayman Islands companies in the context of corporate and finance transactions. These opinions are principally intended to provide the relevant addressees with a degree of comfort as to the enforceability of the opinion documents, and to identify any legal risks that they should evaluate.

There are certain relatively common issues that arise with respect to legal opinions in the context of corporate and finance transactions from a BVI and Cayman Islands law perspective. This article examines four such issues.

Addressing a legal opinion to a non-client

There is an inherent risk of a conflict of interest in issuing an opinion to an addressee that is not a client of the relevant offshore law firm in an ongoing transaction.

For example, if an opinion extends to the legal effect of a document, this might result in having to identify deficiencies or risks affecting the addressee, which are not in the interests of the firm’s own clients.

That being said, there are certain circumstances where it may be permissible to issue a legal opinion to a non-client. For example:

Therefore, offshore legal counsel will need to make a determination based on the specific circumstances and the likelihood of a conflict in each case.

Offshore law firms are often asked whether a legal opinion may be backdated. Usually, there are no illicit intentions behind the request, and its purpose is to try to align the date of the opinion with signing or completion.

However, the general rule is that backdating a legal opinion is impermissible, and may comprise an offence and professional misconduct.

The following practical advice may be considered in this situation:

The consequences of not providing offshore legal counsel with constitutional documents and/or statutory registers will ultimately depend on which documents are outstanding, whether they are a matter of public record, and the risk appetite of the addressee of the opinion.

For example, if the register of charges of a BVI company, which is the target of an acquisition, has not been provided, that might not be acceptable to a potential buyer who is seeking opinion comfort to ascertain whether that company has created any charges. On the other hand, if a BVI company is acting as a guarantor in an unsecured financing, the lender may not have any objections if offshore legal counsel is not provided with the register of charges, as this will not typically be relevant to the opinions to be issued to that lender.

From time to time, the board resolutions passed by a BVI company, or a Cayman Islands company, may not expressly approve a document entered into by it. Offshore legal counsel may therefore not be prepared to issue a due authorisation opinion with respect to that document. One solution to this problem is to pass new resolutions, or to amend the existing resolutions. However, this may not be practicable.

Most resolutions include a general authorisation, and offshore law firms will usually be able to issue a due authorisation opinion if the relevant document falls within the scope of that provision, or within one of the classes of documents referred to within it. If the document is expressly referenced in another document (either by name or class), which has been expressly approved by the resolutions, that is also likely to be sufficient. It is therefore important to ensure that resolutions have a well-drafted general authorisation provision. 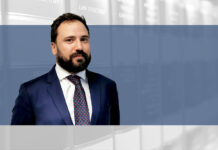 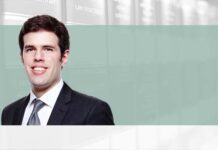 Welcoming the wave of offshore SPACs in Asia

Last year saw an explosion of special purpose acquisition companies (SPACs) in the US, largely driven by favourable economic returns to SPAC IPO sponsors, liquidity, and pricing certainty offered by SPACs to target companies and investors 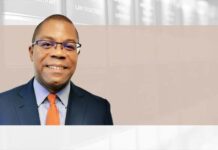