The Provisions of the Supreme People’s Court on Several Issues Concerning the Application of Laws in the Trial of Private Lending Cases was officially implemented on 20 August 2020. It has been four months since the implementation of the new provisions, and looking back at its implementation and application, the authors find its impact is far reaching.

The upper limit of judicial protection of interest rate has dropped sharply, and quadruple loan prime rate (LPR) has become a rigid indicator of judicial adjudication

Judging from the adjudication practice since the implementation of the new provisions, quadruple LPR has become a rigid indicator of interest rate protection in judicial adjudication of private lending cases. In the first-instance cases of private lending accepted after the new provisions came into effect, the agreed interest rate exceeding quadruple LPR was not supported by the court. For example, in Bing 9001 Min Chu Case No. 4830 (2020) and Xiang 0522 Min Chu Case No. 1615 (2020), the courts adopted quadruple LPR at the time when the contract was established as the judgment standard.

Since the introduction of the new provisions, the issue of its retroactivity in application has aroused extensive discussion in the market, and caused controversies in judicial practice. On 31 December 2020, along with the official rollout of the Civil Code, the Supreme People’s Court (SPC) made further additional amendments to the new provisions, and clarified that interest before the release of the new regulation (before 19 August 2020) can still be calculated based on the old judicial interpretation.

The scope of application is controversial and has been subsequently adjusted

Although the new provisions clearly specify that its applicable scope is limited to the financing behaviour between natural persons, legal persons and unincorporated organisations, and does not include financial institutions, from the practice by the end of 2020, the actual influence also extends to the lending behaviour in the financial field.

(3) Financial institutions such as commercial banks and consumer finance companies do not directly apply, but may refer to the new provisions. Although the new provisions clearly provide that financial institutions should be excluded from the scope of application, in accordance with the provisions of the Opinions on Further Strengthening Financial Trial Work (Fa Zhen No.22 [2017]): “If the borrower of a financial loan contract requests to reduce the total amount at the annual interest rate of above 24% on the grounds that the interest, compound interest, penalty interest, liquidated damages and other expenses claimed by the lender are too high, and deviate significantly from the actual losses, the request should be supported to effectively reduce the financing cost of the real economy”. From the observation of judicial judgments after implementation of the new provisions, financial institutions such as commercial banks and consumer finance companies are not completely free from the influence of the new provisions.

Judging from judicial adjudication after implementation of the new provisions, there is not a single case to apply the red line of private lending interest rate to the financial borrowing behaviour of financial institutions.

Therefore, the new provisions do not apply to them. As of the date of finalising this article, the authenticity and effectiveness of the reply has not been officially confirmed. Whether it will change the new standard adopted in the past few months, and whether the above-mentioned institutions are no longer subject to the quadruple LPR upper protection limit, remain to be seen.

In judicial practice, whether APR or IRR is adopted for interest rate has not been unified

The new provisions do not give clear opinions or explanations on whether APR (nominal interest rate) or IRR (real interest rate) should be adopted for quadruple LPR. In previous supervision and judicial practice, both are adopted, and the authors observe this is still the case. It remains to be seen whether a unified judgment view will be formed in the future. 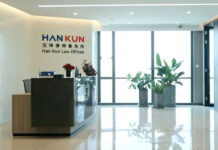 Transfer of Beijing-listed companies to other stock exchanges