Riding high on undertakings that sharpen China’s edge as a frontrunner in the race of fintech development, offshore jurisdictions today are looking to have their roles take on a new significance.

The story of how China leapfrogged the rest of the world from cash to mobile payments, bypassing credit cards, has been trotted out as testament to the power of disruptive technology. And amid talks of sweeping changes that technological advancements have brought to China, a new regulatory issue has also come into focus offshore.

Cameron Adderley, co-managing partner at Appleby, says a significant area of legal and regulatory developments in the BVI, Cayman Islands and Bermuda in the past 12 months was the rise of blockchain and cryptocurrencies. “In fact, many jurisdictions are pressing ahead in the race to be the next hub for fintech start-ups and crypto banks.”

Of particular note, he says, was the recent introduction of initial coin offering (ICO) legislation in Bermuda, under which an ICO will be treated as a restricted business activity that requires consent from the minister of finance. This was followed by the Virtual Currency Business Act 2018, which was renamed the Digital Assets Business Act 2018 and tabled on 11 May this year.

Further legislation will be introduced in the coming months, including a Bermuda digital identification platform (E-ID) targeted for July, and Virtual Currency Exchange in September.

“The ICO Act is part of a wider initiative to provide regulatory certainty and a reliable legal framework with a view to creating an environment within which companies focused on blockchain, virtual currencies and other digital assets will thrive, while also implementing the highest standards of corporate governance, transparency and consumer and market protections,” says Denise Wong, a partner at Walkers in Hong Kong.

“The next couple of years will be key to identifying the best jurisdictions for fintech, as most onshore and offshore jurisdictions will be expected to roll out legislative and regulatory changes in these areas,” adds Judy Lee, co-managing partner at Appleby. “It is inevitable that most of them will need to take into consideration the formidable force of the Chinese players, who form the mass base of fintech start-ups, service providers, suppliers, consumers and investors.”

Legal and regulatory developments in the realm of fintech are part and parcel of a broader trend, where international tax policy and regulation are catching up with the offshore jurisdictions that flourished during decades of laissez-faire financial expansion.

“International business is an important sector of the economies of the jurisdictions and they frequently review and amend their laws, particularly their companies legislation, to ensure that the laws and regulations are modern and light, but effective,” says David Lamb, a partner in the Hong Kong office of Conyers Dill & Pearman.

Case in point is the BVI Limited Partnership Act, which was brought into effect from 11 January this year.

Paul Christopher, managing partner of Mourant’s Hong Kong office, says the act “provides a new, flexible framework for the formation, operation and termination of BVI limited partnerships [LPs] with or without legal personality. This new vehicle will effectively replace the international limited partnership vehicle introduced under the Partnership Law, 1996.” 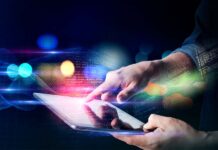 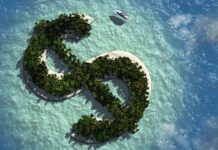