However, in addition to civil cases, intellectual property cases regularly involve administrative and criminal cases. Before 1995, Chinese courts implemented, in respect of intellectual property cases, an adjudication model in which civil, administrative and criminal cases were tried by three separate divisions – a model that can readily result in divergent findings, or even contradictory findings, over the same facts.

Taking trade secrets cases as an example, criminal adjudication criteria are generally less stringent than civil adjudication criteria, so under the legal principle of “criminal first, then civil”, it is possible for the defendant to be found guilty of the crime of infringing trade secrets in the criminal trial, and then be found not to have committed infringement in the subsequent civil trial.

Furthermore, intellectual property cases involve patent, trademark, copyright, trade secret and other types of cases, each with its own particularities, particularly patent cases, which usually involve extremely technical issues, requiring that judges not only be thoroughly familiar with the relevant legal knowledge but also have a good grasp of specialised knowledge in the relevant field. However, for the great majority of judges who have graduated from law schools without any scientific or engineering education background, this is usually beyond their capabilities.

In short, the lead author is of the opinion that the establishment of intellectual property courts is a pressing, yet complex, project that needs to be in harmony with actual national conditions, and in agreement with the existing legal system. This will require managers to comprehensively consider trial instances, scope of jurisdiction and the number of courts when carrying out a top-down design. 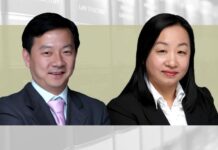 Key differences in US and Chinese inventiveness for SEPs