It’s been more than a decade since the Anti-Monopoly Law (AML) was put into place, during which we’ve seen fruitful results. Together with the EU and the US, China has become one of the three major jurisdictions in the area of anti-monopoly law. In the field of merger control, the Ministry of Commerce had implemented, before the AML took effect, the practice of reviewing concentration of undertakings pursuant to the Provisions on Merger and Acquisition of Domestic Enterprises by Foreign Investors, and so had accumulated abundant theoretical and practical experience.

However, enterprises are still confused about some issues because the existing AML has yet to be fully improved. This article presents some of the key points that are worth the attention of enterprises to achieve compliance under the merger control regime in China.

The Ministry of Commerce, the then authority responsible for reviewing concentration of undertakings, weighed every word with great care when defining “gaining control” in the two draft amendments to the Measures for the Review of Concentration of Undertakings issued successively in June and September of 2017, and attempted to make some improvements through regulatory documents and cases.

In practice, the word “control” under China’s merger control regime includes the meaning of separate control and joint control. The state of having control or not can be judged from the facts and legal factors relating to managerial decisions and management, including business plans, budget approvals and executive appointments.

In addition, some jurisdictions may require declaration of concentrations in the case of acquiring minority interest without the exercise of veto. Such differences between China and other jurisdictions should be noted by business operators.

Like many other jurisdictions, the AML provides a special method to calculate the turnover of large-scale financial businesses. However, the calculation method for equity, securities private equity funds is not clear. Therefore, people still need to think about how to apply the special calculation method in accordance with the laws and regulations.

Based on the experience accumulated in the past 10 years, China’s practice of using turnover as the single filing threshold has strength and weaknesses, both of which are obvious. Besides, the method of calculating turnover varies from jurisdiction to jurisdiction. Some jurisdictions need to consider turnover together with market share, business presence, etc., to evaluate whether a concentration application should be filed. Therefore, enterprises should pay attention to the differences between China and other countries and regions when doing cross-border transactions.

In some domestic transactions in China, a newly established joint venture serves a particular transaction only, and has a short joint operation term and simple management structure. Such joint ventures are under strict control of shareholders and do not participate in market competition independently. They are quite common in the real estate industry. In some jurisdictions, special provisions regarding “not completely functioning joint venture” apply to such joint ventures. If special circumstances can be satisfied, business operators are not obliged to file a concentration application.

The efficiency in the review of concentration of undertakings has been greatly enhanced in China. However, due to uncertainties in the review procedure, time span and results, it is suggested to specify the items being filed and the rights and obligations of the relevant parties in the transaction documents to protect the interests of the parties to the transaction, and to avoid disputes in transactions under competition concerns. The party filing the application should, depending on the level of competition concerns and the transaction position, try to secure the best risk allocation scheme in the transaction documents and get the support and co-ordination of the other parties.

In practice, the filing of a concentration is complicated and many changes may occur in the process. A business operator should make judgment cautiously when evaluating whether it is obliged to file a concentration of undertakings, and consider the transaction progress, competition concerns, transaction position and level of co-ordination when drafting the filing provisions. To avoid unnecessary losses caused by non-compliance, it is suggested that business operators consult lawyers who practice anti-monopoly law and work out tailor-made filing strategies based on the different commercial background and state of competition. 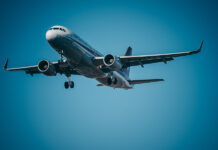 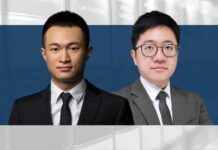