As a managing partner who says he considers those in his firm as family, the departures of his senior partners and their teams have weighed heavily on Luthra and Luthra founder Rajiv Luthra. In an exclusive interview with Gautam Kagalwala, he shares his feelings about the recent setbacks, his recovery plans and what he wants the firm’s enduring legacy to be

round August this year, observers began noticing a change in the online presence of L&L Partners. The firm began displaying a new banner on its social media accounts – one that was adorned in gold but otherwise reminiscent of the pre-2018 logo. The L&L Partners website disappeared, and the firm reverted to its old and familiar name of Luthra and Luthra Law Offices – harkening back to an earlier era.

This is no coincidence. At the management and personnel level, the past few years have been challenging for Luthra and Luthra. This year it lost senior partner Vijay Sondhi, who passed away in January, and then in July senior partners HS Bobby Chandhoke and Sudhir Sharma led an unexpected exodus of 63 lawyers including some partners to DSK Legal.

At this critical time in the law firm’s history, IBLJ caught up with founder and managing partner Rajiv Luthra to ask him to set the record straight on the departures and their impact, and to find out what his plans are to take the firm forward after such a massive body blow.

What Rajiv Luthra treated us to was a lesson in old school thinking versus new-age professionalism. Simplistic ideas of putting people, personal lives and happiness ahead of monetary goals, and of a firm being one big happy family.

There is even a humorous notion of success meaning a “smelly office” ‒ so to say that they are so keen to get to this happy workplace that they hurry to work with a few strokes less on their toothbrush. But this notion also hints at the kind of loyalty and dedication he demands.

And perhaps it is here that we glimpse a divide: a familial fealty that for some is out of touch in today’s modern profession, where percentages and the eternal bottom line dominate and predestine a law firm’s survival in an increasingly cutthroat world.

But maybe, especially following the crushing personal toll of the recent pandemic, with its anxious years and suffering businesses and lost loved ones, these archaic values are just what are needed as India’s legal community picks up the pieces and evolves forward. Maybe the values of family and the pursuit of happiness in work, as in life, are not so naïve after all.

It was clear that the recent departures from his law firm had rejected the vision, as the structure fractured under the weight of the numbers leaving. Luthra refers to Chandhoke and Sharma as his younger brothers, but expresses his disappointment over their sudden departures, and towards the lawyers who chose to follow them.

“You give the firm three days of notice. I am still getting resignation letters, but nobody is handing over work,” Luthra told IBLJ just days after news of the exodus hit the headlines. “Nobody is saying ‘these are the 10 cases I’m handling and here are the next dates of the hearing’,” he adds with a tinge of sadness.

He says that it was the departures of the younger lawyers that hurt him more. “The client’s needs are of prime importance. How then can you not give priority to the pending matters and hand over the details ̶ is this the ethics and integrity of law professionals? Can you imagine what will happen later in their professional careers, or in their lives?”

In this vein, he narrates an anecdote of a junior partner who was recently sent to INTA at the firm’s expense. “I asked him about four or five weeks ago. I said: ‘Look, are you a long-term player? Or are you just thinking about doing different things?’ He said: ‘Sir, I am totally committed and see my future here’.”

However, this pledge of fealty was short-lived, and he left the firm along with the senior partners. “He sent me an email saying: ‘I am retiring this evening, my last working day is today.’ There was no mention of the list of clients being handled. That is what hurt me badly and his entire team was shocked, too. Why would you do that?” 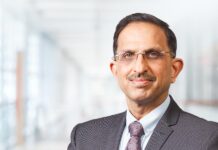 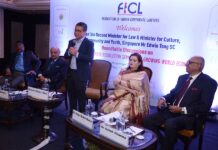 As clients get savvier, law firms face pressure to lower their fees
How far have in-house counsel groups come in their efforts to secure statutory recognition?
A GC’s guide to global investment trends