In his report on the efforts of people’s courts on enforcement difficulties since 2016, before the National People’s Congress (NPC) Standing Committee on 24 October 2018, Zhou Qiang, the Chief Justice and President of the Supreme People’s Court (SPC), suggested four measures, including “pushing forward establishment of a personal bankruptcy system and improving current bankruptcy law in force”.

Current economic development of China necessitates legislation on personal bankruptcy. Household leverage rose rapidly after the Enterprise Bankruptcy Law was adopted. In 2017, the ratio between household debt and GDP was 48.98%, while the ratio between household debt and disposable income of residents was 112.21%. The latter is used to evaluate the debt repayment capability of residents.

For reference, the ratio between household debt and disposable income of residents in the US reached 116.29% when the financial crisis broke out in 2008. In evaluating the risk of financial crisis, some people may be less worried by the high saving ratio of the Chinese people. It should be noted, however, that with the fast growth of household leverage, the saving ratio drops continuously.

It is worth further analysis whether such savings are owned by the residents who make the borrowing or not. In addition, the fast-growing online consumption and internet finance in recent years may result in a higher household leverage than the one given, as resident liability data generated from consumption loans, cash loans and P2P lending may not be included in the statistics.

For residents engaged in industry operation, private enterprises went bankrupt one after another as financial regulation intensified and real economy slowed down. Many private enterprises directly closed down without a bankruptcy procedure. Although it is provided by law that shareholders of a limited liability company assume responsibility for the debt of the company to the extent of their subscribed registered capital, creditors generally request enterprise owners to personally provide joint and several guarantee for the debts of the enterprises, and their spouses to sign personal joint and several guarantee in enterprise borrowing and private lending practices. As a result, when an enterprise is unable to repay the debt, the owner and his/her spouse will personally assume joint and several liabilities for such debt.

In addition, in accordance with Chinese laws and regulations in force, even if a debtor enterprise goes bankrupt, the guarantor who guarantees the debt for the enterprise will not be released from the guarantee liability. Therefore, the days when the Enterprise Bankruptcy Law was adopted are incomparable to the high household leverage nowadays.

China has gradually set up a credit environment in support of sound operation of the personal bankruptcy system. China has improved the personal property registration system by degrees. With the setting up of the government-initiated personal credit reference system, credit status has gradually infiltrated into daily work, life and consumption activities of a resident. The requirement of a real-name deposit account and real-name securities account, unified real estate registration, and implementation of supplementary system projects such as Nets Union Clearing Platform, Common Reporting Standards, and Golden Tax Phase III, all help identify the property of a debtor.

Promotion of personal bankruptcy system helps alleviate enforcement difficulties. It is pointed out in the report of the SPC that the common practice of countries reflects that unenforceability is a commercial, legal and social risk that the parties concerned should assume, and the court is not accountable. Such unenforceability needs to be solved by personal bankruptcy and social assistance.

Personal bankruptcy law can also provide an honest natural person in financial distress with ultimate relief, which should be a due component of the modern financial and legal system. Developed economies allow bankruptcy of natural persons to smoothe and maintain the social credit relationship, which is cut off by personal insolvency. In this way, it enables smooth social credit flow, promotes social and financial stability, and safeguards the peaceful life of residents.

The core issue of the personable bankruptcy law, namely how to strike a balance between protecting an honest debtor and granting the creditor with adequate rights to check, will be decided through consultation when legislators reach consensus on legislation on personal bankruptcy and solicit opinions from all walks of life through the proper procedures.

Wu Jiejiang is a partner at Jingtian & Gongcheng 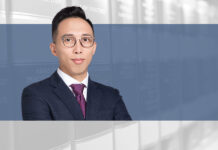