A scheme of merger is the blueprint of a merger transaction. The scheme of merger governs and prescribes the entire transaction of merger – the method of valuation of the merging companies, the share exchange ratio and the legal rights and obligations of both the transferor and transferee companies.

The essential approach, therefore, is to ascertain whether the statutory requirements have been complied with, and then to determine whether the scheme as a whole has been arrived at by the majority of parties. Finally, it should be ascertained whether the scheme is such that a reasonable shareholder would consider it to be in his interest.

The courts refuse to sanction schemes that are neither genuine nor in good faith or those that are patently fraudulent (Saroj G Poddar [1996] 22 Corpt LA 200 (Bombay)).

Powers of the court

In case of cross border mergers, where the merging company is incorporated and registered outside India, the jurisdiction of Indian courts to sanction the scheme depends upon whether the foreign company has a place of business in India by way of a branch office or any other permanent establishment. If a foreign company does not have any place of business in India, Indian courts have no jurisdiction.

The court has the prerogative to amend the terms of the scheme if it is of the view that any of the terms are not equitable or are harsh to any of the interested parties (Telesound India Ltd (1983) 53 Comp Cas 926). Under Section 392(1) of the Companies Act, the courts can make an order and therefore modify the scheme, in order to protect the interests of the dissenting parties.

Limitations on the court

The courts, through their judicial pronouncements, have set out certain limitations on the power of the courts to sanction a scheme of merger.

Under the Companies Act, the court has no special jurisdiction to sit in appeal over the order made under section 391 of the act, which has become final, conclusive and binding. Furthermore, the court cannot sit in judgment over the correctness of an order made under Section 391 by the companies court that is final and binding (Sadanand S Varde v State of Maharashtra [2000] 3 Comp LJ 430 (Bom)).

Where a scheme is feasible and workable and also consistent with commercial morality, it should be preferred to a winding up order (Re Maneckchowk and Ahmedabad Mfg Co Ltd [1970] 40 Comp Cas 819).

The scheme of merger under the provisions of sections 391 to 394 of the Companies Act is a comprehensive code and it empowers the court to sanction a scheme even though it may involve acts, which apart from such sanction would be beyond the control the company.

However this rule is subject to the limitation that if the Companies Act contains express provision enabling the doing of any act in particular way, the provision of that section and not of Section 391 must be followed [Re Katni Cement Industrial Co [1937] 7 Comp Cas 348).

The scheme of merger is the most important document in the entire process of a merger.

The provisions of the Companies Act, and related judicial pronouncements, not only facilitate mergers, but also ensure that the interests of all parties are taken care of. The limitations on the power of the courts also facilitates mergers as there are decreased chances of a merger getting embroiled in time consuming litigation as the courts have no special jurisdiction to sit in appeal over a final and binding order passed by the companies court.

Titus & Co Advocates is a full service law firm based in New Delhi. The firm can be contacted at titus@titus-india.com. 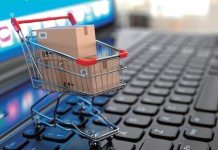 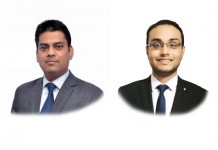 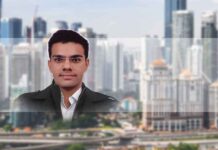