English
Our publications
Home India-China Commerce Is the clock ticking for TikTok in India?

In 2018, about 44 out of the top 100 most downloaded internet applications in India were from Chinese developers. The most popular among them was TikTok. Earlier this year, the globally popular social media video application, which allows its users to create and share short videos, got embroiled in a legal battle in India.

TikTok’s stand before the High Court is that it is merely a platform for sharing of content and is thus an “intermediary” under the Information Technology Act, 2000 (IT Act). Section 79 of the act grants safe harbour protection to intermediaries. Thus, it is being contended by TikTok that it is not liable for any of the content shared on its platform, and that it is also complying with the Information Technology (Intermediary Guidelines) Rules, 2011. TikTok has also enlisted several self-regulation mechanisms, which it has employed to ensure that the content uploaded to its platform is safe and appropriate for its users.

While the ban may have been lifted for now, it will be interesting to see whether the Madras High Court yields to TikTok’s claim of being an intermediary. To understand this issue, it is necessary to first understand how TikTok works. TikTok allows its users, or “musers”, to create and share short videos. These videos can be edited afterwards using various features that the app provides including augmented reality to change the environment around them and also incorporate music and movie dialogues available for download on TikToK.

Considering that TikTok is a platform that is clearly allowing its users to create and share content, is its claim of being an intermediary tenable? The IT Act defines an intermediary as a person who, on behalf of another person, receives, stores or transmits any electronic record, or provides any service with respect to that record, and includes, inter alia, web-hosting service providers. At first glance, TikTok seems to fall within the ambit of this definition. However, on a deeper analysis, things may not be as simple as they appear.

The concept of an intermediary, as the expression itself denotes, means a person or an entity, which is in between two other persons. Thus, it only acts as a platform to facilitate a connection between two persons, or a person and the rest of the world, but it would not involve providing any other service to its users.

Recently, the High Court of Delhi, while determining whether the e-commerce giant Amazon and a few other such platforms are intermediaries under the IT Act, observed that an intermediary is a bridge between two persons, i.e., a passive platform that merely brings them together. For example, in a case of passive platforms such as auction websites like e-Bay, where users upload their wares to sell the same, or the users upload their photographs for being viewed, the platform plays no role.

Consequentially, it seems that the test to determine whether an entity would be an intermediary is whether such entities/platforms are providing any value-added services, and whether they are performing an active role in the the provision of such services. In view of this observation of the High Court, it is unlikely that TikTok, which provides video creation services as against providing a mere platform for connecting people, would satisfy the ingredients of an intermediary.

Interestingly, TikTok had recently sent takedown notices to another Indian app, ShareChat, which has almost identical features as TikTok, for taking down videos that were originally hosted on TikTok.

TikTok claimed exclusivity in these videos. Although ShareChat removed the videos from its app, it wrote to the government arguing that the Chinese app’s claims on “exclusivity” of content are inconsistent with its claimed status of an intermediary. The government is presently considering this issue.

Even if TikTok is presumed to be an intermediary for the sake of this argument, it is unlikely that it would be entitled to protection under section 79 of the act. In order to obtain immunity, intermediaries are required to satisfy the provisions of section 79. Such a party must not be providing any services other than hosting/listing third-party information/data, or providing a communication link.

The exemption would not apply if the role of the intermediary goes beyond providing access to a communication system. The exemption would come to the aid of the intermediary only in cases where the intermediary is not involved in initiation of the transmission, or selecting the receiver of the transmission, and plays no role in modifying the information. The services provided by TikTok do not appear to be confined to hosting of third-party data. The app also assists users in creating data/content. Thus, TikTok has an uphill climb ahead of it before the Madras High Court.

TikTok has won only half the battle, as the petition filed against it is still pending final adjudication. This episode contains valuable lessons for Chinese internet companies looking to enter the Indian market. Since most of India’s internet-related laws are still at a nascent stage of development, it is advisable for such Chinese companies to be more careful in planning their legal strategies for India. Any regulatory challenges caused due to uncertainty might come at a high price in the world’s fastest growing and second-largest internet market.

Santosh Pai is a partner at Link Legal India Law Services. He can be contacted on +91 90 04265235 or by email at santosh.pai@linklegal.in.

Abhishek Sharma is a partner at Link Legal India Law Services. He can be contacted on +91 11 46511023 or by email at abhishek@linklegal.in. 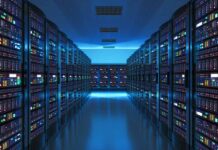 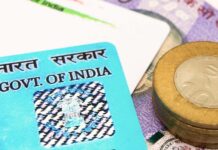 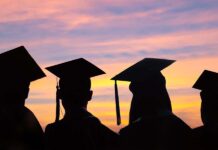