It is relevant to note that in many common law jurisdictions, there is very little, if any, written law or legislation that governs the role of amicus curiae or intervener. Instead, the power of courts to recognise these roles is based on their inherent jurisdiction to request assistance in relation to their deliberations and decision-making function.

Further, special circumstances need to exist before a court will exercise its discretion to permit an intervener to participate in the proceedings. The criteria for the exercise of discretion vary from jurisdiction to jurisdiction. In the UK, for example, it has been said that courts have permitted an intervener in circumstances where the intervener intends to raise issues of public interest that have not been addressed by the parties, and where the participation by the intervener would serve the interests of justice.

In Australia, the courts have made reference to the need for interveners to demonstrate a “special interest” in the subject of the proceedings, and have indicated that this requirement is satisfied where it is shown that the special interest is more than a “mere intellectual or emotional concern”.

The rules of civil procedure in some jurisdictions set out a procedure by which a person may apply to intervene. For example, the rules in the state of Victoria in Australia make provision for a person to intervene in an appeal proceeding where the person satisfies the Court of Appeal that:

This column draws on an article by Zhang Yang and Andrew Godwin titled Administrative Enforcement of Insider Trading in China: An Empirical Study (2022), in Company and Securities Law Journal. 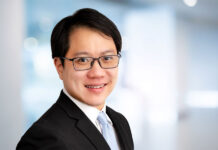