“With great power comes great responsibility.” This has never been more true than regards the digital landscape in which we find ourselves. The strengthening of the digital infrastructure means that we are consuming more content than ever. India has over 400 million active social media users, most of whom follow at least one influencer. This means that nearly two-thirds of Indian people follow an influencer.

These statistics come from the India Influencer Marketing Report 2021, released by GroupM, which also reveals that the influencer marketing industry is projected to be valued at INR9 billion (USD120 million) by the end of 2021. It will grow at a compound annual growth rate of 25% until 2025, when it will be valued at INR22 billion. All the marketing leaders surveyed by GroupM said that influencer marketing was a priority for them in 2021, with 50% of respondents increasing their influencer marketing budgets by between 25% to 36%. Influencers add another dimension of value to marketing campaigns, going beyond merely offering a new medium for endorsements. Since trust and credibility are the foundations of an influencer’s reputation, brands are keen to collaborate with them.

By engaging directly with a content creator, brands employ their storytelling to personally interact with a new customer base, the influencer’s community. The Bombay High Court in Marico Limited v Abhijeet Bhansali held that since influencers often deploy the goodwill they possess to promote a brand, they are aware of the impact and influence they exert over their audience, and of the trust their followers place in them, taking their word without much scrutiny. Thus, these personalities have a fiduciary duty towards their followers. The influencer in that case appealed, arguing that he was not in a special category with restricted rights to free speech.

As each influencer has a unique style, creating content specific to their brand, and as social media sites permit only limited forms of content to be uploaded, problems arise with the presentation of these advertisements. Since influencer endorsements are presented in the same way as regular content, the line between genuine content and advertisements becomes blurred. Given that this burgeoning influencer economy seems to be well-established, it is essential for consumers to be able to distinguish between organic and sponsored content. To safeguard consumers, the Advertising Standards Council of India (ASCI), released guidelines, the Influencers Advertising on Digital Media Platforms, which came into force in June 2021.

Under the guidelines, influencers are required to disclose when they post content where a material connection exists between them and an advertiser, including monetary compensation, free products and discounts. This disclosure must be prominent, candid and understandable by the average consumer, and liability for non-compliance falls on both the influencer and the advertiser. Although there is no specific redress mechanism in the guidelines, the ASCI permits complaints to be filed with it where there has been non-compliance. However, it may only recommend that an advertiser remove an advertisement and relies on voluntary compliance. It has no power to compel advertisers to take action, to grant interim relief, or to award damages. This has to be done by reporting the matter to authorities such as the Central Consumer Protection Authority established under the Consumer Protection Act, 2019, which is empowered to issue directions to any party violating consumer rights through misleading advertisements or endorsements.

The guidelines, while advisory only, are an important step in the right direction. With increased internet access, it is important that policy is tailored, from the standpoint of ethics and social responsibility, to protect the interests of consumers from the misuse of power and influence that these public figures possess. Laws in this regard must be strengthened to ensure that consumers are protected and that they are empowered to make more informed decisions. The importance of transparent and honest content creation must become central in the digital marketplace, and influencers must wield their great power with a greater sense of responsibility. 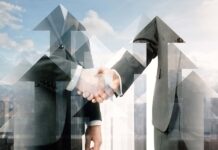