Consistent with the views of the government, the Reserve Bank of India (RBI) regards the Insolvency and Bankruptcy Code, 2016 (IBC), as a credible way of removing obstructions to economic progress represented by non-performing assets (NPA). This can be seen through recent efforts by the RBI to rationalize the external commercial borrowing (ECB) framework to attract credible investment to the country and facilitate restructuring and resolving NPA through the IBC framework. Such reforms affect corporate debtors (CDs) under the corporate insolvency resolution process (CIRP), and resolution applicants (RAs), under the IBC.

Raising of ECB by CDs

From 16 January 2019, the RBI has allowed entities under restructuring schemes and the CIRP to raise ECB only if specifically permitted under the resolution plan. The intent seems to be that CDs, which are entities already under default (most are classified as NPA), should be allowed to adopt ECB only if permitted under the resolution plan, as approved by lenders and the National Company Law Tribunal (NCLT). This seems to be an additional requirement that CDs have to meet in order to raise ECB.

The RBI has, from 30 July 2019, relaxed end-use restrictions for ECB. All recognized lenders, not just foreign equity holders, can now provide ECB for working capital, for general corporate purposes and for repayment of INR loans. The only exception covers foreign branches and overseas subsidiaries of Indian banks. Such ECB raised from non-foreign equity holders, however, are subject to longer minimum average maturity periods (MAMP). The use of ECB to lend on to entities for such purposes is still restricted, except when raised by non-banking financial companies.

Further, corporate borrowers in the manufacturing and infrastructure sector with special mention accounts, category 2, or NPA are now permitted to raise ECB from all recognized lenders, except from foreign branches or overseas subsidiaries of Indian banks, for repayment of INR loans raised domestically for capital expenditure. This will be under any one-time settlement (OTS) with lenders, but it seems that an OTS will have to be prior to the initiation of the CIRP against CDs. After such entry of CDs under the IBC, they are allowed to raise ECB only if specifically permitted under the resolution plan.

It would help if entities in financial distress operating in sectors other than manufacturing and infrastructure are also allowed to raise ECB to repay their INR loans. It should be clarified whether CDs can use such ECB even under any NCLT approved OTS with the lenders for withdrawal of its CIRP, and not just prior to its admission to the IBC. ECB could be a useful source of funding for the previous management of CDs in negotiating withdrawal with the lenders in genuine cases.

Raising of ECB by RAs

This relaxation applicable to the RAs is important for investors who, as RAs, want to borrow abroad to repay the existing lenders of CDs, especially if the risk and cost involved in funding the debt settlement through equity is higher than the cost of ECB.

However, given that only non-banking financial companies are allowed to raise ECB for on-lending to other entities for repayment of INR loans, it seems that RAs are not permitted to further lend ECB proceeds for repayment of CDs’ INR term loans. It would be helpful if the RBI further relaxed that restriction.

These attempts by the RBI to rationalize the existing ECB framework are intended to increase the availability of long-term and cost-effective foreign capital to RAs and CDs. If successful, they will make IBC a more attractive acquisition vehicle, especially to foreign investors able and willing to invest in India. Nonetheless, challenges still exist in a number of areas, including a limited judicial infrastructure and the lack of an effective cross-border insolvency regime. These problems need to be addressed in order to send positive signals to global investors, and to ensure the robustness of India’s financial sector reforms.

Sameen Vyas is a partner and Vishrut Kansal is an associate at L&L Partners. The views expressed are personal and intended for general information purposes only. They are not a substitute for legal advice. 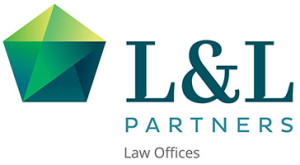 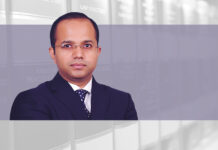