Asia Business Law Journal: How do you feel about your new role, what will be your main responsibilities, and what do you want to achieve for the HKIAC?

Mariel Dimsey: In terms of how I feel about the new role, I’m obviously very excited to be doing it. This is very different from private practice in many ways, but I find it a very unique opportunity in that it combines the arbitration worldwith business skills in the sense that I’m running a business at the secretariat. I was very intrigued by the role, and I think there are particular aspects of it that were not present in my private practice career. So I’m very pleased to be honing my skill set in these aspects as well.

In terms of my main responsibilities, I am generally responsible for running the secretariat of the HKIAC, which includes keeping an eye on case management, which is usually done under the very capable support of our case management team. I am also responsible for corporate governance matters, and liaise with the HKIAC Council and standing committees, the number of standing committees that the HKIAC has. I also plan the annual budget.

There is also a large business development [BD] element in what I do and will do, and I’m very pleased now that we are opening up in Hong Kong, that a few trips will be on my agenda very soon. It’s very important to get out there now, after our two-year hiatus.

So it’s a very broad set of responsibilities, which is quite different from private practice in the sense that I’m not working on one particular topic for six hours a day, as I may have been in the past, but engaged in many more diverse tasks throughout my day, so it is very dynamic and interesting.

In terms of what I want to achieve, it’s still early days, and for the time being we have a number of major BD projects, which are keeping us busy. One such project is the International Council for Commercial Arbitration [ICCA] Congress. Edinburgh hosted the congress this year and several members of the HKIAC attended, as Hong Kong is hosting the next ICCA Congress in 2024.

In terms of further projects, as I mentioned, there is some travel on the cards to certain strategic events in which we will also hone our messaging about Hong Kong. There is a lot of information circulating about Hong Kong and China at the moment. From where we stand as an arbitration institution in Hong Kong, we do think that a lot of this messaging can be nuanced and enhanced. Part of the BD endeavour with our upcoming business trips is to reinforce the message about Hong Kong as a safe, reliable place to do arbitration.

In addition to that, we are hoping to revise our rules next year to produce a 2023 edition of the HKIAC administered arbitration rules. We are also looking at a couple of technological initiatives, which I think is a natural consequence of digitalisation, not only generally, but also of the developments in the pandemic. So we have quite a few projects on the cards.

ABLJ: You have a very impressive resume with rich experience in many international arbitration institutions. So what aspects of the HKIAC attracted you the most?

Dimsey: In my career in private practice, I acted as counsel and arbitrator under many different institutional rules. I should start by emphasising that I do not see that this is a contest. I do believe that the existing institutions, particularly in the region, but also those farther afield, can coexist because everyone has a large domestic and regional market that they are servicing, in addition to international work. I do think the way the major regional institutions are set up in Asia allows everyone to operate side by side.

In terms of the HKIAC, what attracted me to the organisation was firstly the fact that it’s in Hong Kong. I’ve lived in Hong Kong now for nearly seven years and I call it home, and I very much enjoy living here. So there is a personal dimension to my decision to come to the HKIAC. The second aspect is the dynamism and the flexibility with which I’ve seen the institution operate, both as counsel and as arbitrator.

The HKIAC hits the right notes in terms of providing the right amount of administrative support, and supporting arbitrators, but all that with a very light touch. This approach enables our procedures to be quick and efficient. I think we meet in the middle in terms of administrative support and efficiency, which is a challenge for every institution, and the HKIAC does it very well. So that is what attracted me to the institution from the procedural side.

In terms of other aspects, I was involved with the HKIAC’s capacity building in the past. I went on capacity building trips before the pandemic to Myanmar and Indonesia with members of the HKIAC. I’ve also supported them with their “young” group, the HK45. I was co-chair of that group with Duncan Watson KC and Kiran Sanghera for two years. So I had a lot of interaction with the HKIAC before coming into this role, and it has always been a serious, competent and efficient institution. I could only hope to continue that with my new role.

ABLJ: What suggestions do you have for young legal professionals who are seeking a career in the dispute resolution area?

Dimsey: From my perspective, in terms of advice, there’s so many different aspects to a career in arbitration. I should preface everything by saying that my career has largely been in arbitration up until now. I was not a litigator first, so it’s been a very focused career up until now, which I think has advantages and disadvantages. One of the reasons I joined the HKIAC was to expand my skill set into an area that wasn’t just private practice arbitration.

In terms of what young lawyers can do, I think the most important thing to remember is that it’s a marathon, not a sprint. Everyone wants to become an arbitrator, but the journey to get there is incredibly important.

I think you do need to establish some fundamental skills before you can and should act as arbitrator. You do not want to go into arbitration as an arbitrator too early and not have the skills to do the job well, because as everyone always says, you never get a second chance to make a good first impression. So I do think it’s important: put in the hours as counsel, learn to draft, learn to structure, learn to be detail-oriented and precise, do the groundwork, seek advice, seek out mentors for yourself – people who will help you, people who will champion your career – and everything else will flow from that. You need to be patient.

ABLJ: Was there a turning point in your life where you decided to commit more to arbitration?

Dimsey: It was more a slow realisation than a turning point as such. When you start out as a young lawyer, you are out of university, you probably have fairly good grades if you are starting in a large firm, and you do come in with a certain amount of confidence and confidence is great. But I remember the first few years as a lawyer, where my drafts were covered in red ink, and more senior lawyers basically rewrote the entire thing such that you could barely find a sentence that you originally wrote. That can be quite disheartening.

In my case, I actually found this quite demotivating on various occasions, but the point of me telling the story is that it does get better. I cannot even remember how it actually happened, but probably when I was about seven or eight years PQE [post-qualfied experience] ‒ you write a draft and you get it back, and the partner has maybe corrected a comma, but nothing else. That becomes the part where it actually gets really fun, but you cannot get to that point until you have had all those moments along the way where your work is being rewritten, being redrafted. And thatis all part of the process.

There is a certain satisfaction, or at least there was for me, in realising that I was at a point where I could draft in a clear, structured way. I could flesh out a legal argument, I could do the beginning, the middle and the conclusion. These all sound like really basic things, but I think there is a system to what we do in most legal submissions. It does take years of practice to get better at it, but it is worth the perseverance. It really does make you a better lawyer.

ABLJ: For all the China-related disputes that you’ve handled, what are the common denominators for them, if any, in the past year?

Dimsey: I would say it’s a very mixed bag. In my opinion there are two recurring elements from the past couple of years. The first is the procedural issues that came out of the pandemic, in the sense that a lot of cases were suspended. People tried to settle with renewed vigour because they were uncertain about where everything was going, and that is not specific to Asia.

In terms of the substance, there have been various mask-related disputes, supply and delay issues, pricing issues, quality issues. I think generally we will be seeing a few payment default-related disputes, and we are seeing that already, also at the HKIAC. It has been a hard couple of years for quite a few industries and businesses. So people may be breaching their contracts, and issues like force majeure and related excuses from performance may come up. 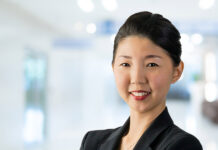 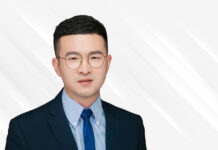