The retrospective amendment of section 140 of the Central Goods and Services Tax Act, 2017 (act), by the Central Goods and Services Tax (Amendment) Act, 2018, has caused disruption in that it was intended to restrict only the transition of input credits of cesses. However, it has ended up restricting transition of input credits of (1) service tax on input services, (2) excise duty paid on inputs that were not held in stock on the appointed day, and (3) excise duty paid on capital goods. The amendment, once notified, will retrospectively be in force on 1 July 2017.

Pre-amendment: Pre-amendment, section 140 of the act allowed assessees to transition to GST, “amount of CENVAT credit” carried forward in the last return under the old tax laws.

As the expression “amount of CENVAT credit” was not qualified, most assessees took the position that balance of total CENVAT (Central Value Added Tax) credit carried forward in the last return under the old tax laws, including CENVAT credit of excise duties paid on inputs or capital goods, service tax on input services and cesses (including education and Krishi Kalyan) was eligible for transition into the GST regime.

Unfortunately, the phrase eligible duties was originally defined in section 140 of the act to cover only certain specific situations and was not designed to cover sub-section 140(1). Consequently, this amendment has not only restricted transition of credit of cesses but has also restricted transition of unutilized credit forming part of the last pre-GST return of (i) service tax on input services, (ii) excise duty paid on inputs that were not held in stock on I July 2017, and (iii) excise duty paid on capital goods.

Businesses had followed the law in force at the time and mandatory procedures to transition credits under (i) to (iii) above to GST. This retrospective amendment may now make such transitioned credit liable to taxes that may amount to millions of rupees. Litigation seems inevitable.

Media reports suggest that the government has realised its error and is likely to issue a clarification. Many taxpayers have heaved a sigh of relief at that news. The problem is that a clarification will not be sufficient. The amended law is clearly set out; any such clarification would be contrary to amended Section 140(1), and it is settled law, as laid down by the constitution bench of the Supreme Court in CCE v Ratan Melting & Wire Industries (2008), that a circular that is contrary to statutory provisions has no existence in law.

Now that this retrospective amendment has been passed by the legislature and received presidential assent, the only way to undo this drafting error is by legislation. Failing this, the only remaining effective remedy is for an aggrieved person to file a writ petition with the jurisdictional high court. This would have to challenge the amendment in its entirety, as being arbitrary and removing the vested rights of the assessees. Given the serious financial implications, a number of taxpayers potentially facing large tax demands are considering such legal action.

Steps ahead: While retrospective amendments by themselves are not unconstitutional, they still need to pass the tests of reasonableness and non-discrimination. Given (1) the careless drafting and the resultant deprivation of vested property rights (credits validly transitioned following the law in force at that time are likely to constitute “vested rights of property” for the taxpayers) in a manifestly arbitrary manner, and (2) the creation of an artificial distinction between transitional credit of excise duty on inputs held in stock and transitional credit of excise duty on inputs not held in stock on 1 July 2018 without any obvious difference, which leads to an unreasonable restriction on trade or business, prima facie, this retrospective amendment may be highly vulnerable to a legal challenge on the grounds that it is unconstitutional.

Sudipta Bhattacharjee is a partner in the tax controversy management and contract documentation practice of Advaita Legal. 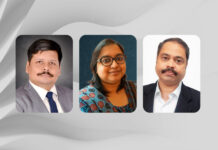 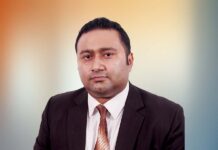 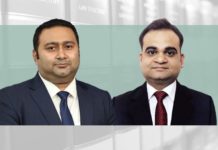 Should you opt for tax dispute resolution scheme?

The government is keen to support the growth of online trade, but its draft e-commerce rules could have the opposite effect.
The markets regulator has begun the process to move away from the broad concept of promoters
Analysis: What propelled Air India’s return to Tata?