While a corporate entity may have creditors, debtors and assets in various countries, the Insolvency and Bankruptcy Code, 2016 (IBC), in its current avatar has no comprehensive legal framework on cross-border insolvency (CBI). The Ministry of Corporate Affairs on 20 June 2018 issued a public notice inviting comments on a draft chapter on cross-border insolvency, which is primarily based on the United Nations Commission on International Trade Law Model Law on Cross-Border Insolvency, 1997.

Currently, sections 234 and 235 of the IBC empower: (i) the government to make bilateral agreements with other countries for enforcing the IBC; and (ii) the National Company Law Tribunal (NCLT) to issue a letter of request to a foreign court for action on a debtor’s assets. Once a bilateral treaty is executed, and these provisions are notified, a foreign proceeding will be recognized in India, as per the Civil Procedure Code, 1908, while an Indian proceeding will be recognized in the foreign country based on its procedural rules.

Dealing with the issue of cross-border insolvency in Macquarie Bank Limited v Shilpi Cable Technologies Ltd, the Supreme Court recently gave foreign creditors the same right as a domestic creditor to initiate and participate in the corporate insolvency resolution process (CIRP). In this context of lack of a comprehensive framework on cross-border insolvency issues, the draft chapter would apply when: (a) assistance is sought in India by a foreign court or a foreign representative regarding a foreign proceeding; (b) assistance is sought in a foreign country regarding an IBC proceeding; (c) foreign and Indian proceedings for a corporate debtor are taking place concurrently; or (d) creditors in a foreign state have an interest in requesting initiation of or participation in the CIRP.

In a major departure from the Model Law, the draft chapter adopts the principle of reciprocity in that it will apply to countries which have adopted the Model Law. Further, access to the CIRP and information on notifications issued to a domestic creditor would be provided to foreign representatives and creditors.

A foreign proceeding could be recognized as a foreign main or non-main proceeding. This is paramount in determining the right to relief that may be granted by the NCLT. In the Model Law, the principle of centre of main interests (COMI) is used to determine the location of the main proceeding. COMI under the draft chapter is presumed as the place of debtor’s registered office.

A foreign main proceeding takes place in the country of the debtor’s COMI, while a non-main proceeding is at the debtor’s place of establishment. During a foreign main proceeding, the NCLT will ensure a moratorium on: (a) all proceedings against the debtor (including execution of judgments); (b) transferring, encumbering or disposing of any assets, rights or interests of the debtor; (c) enforcing any security interest on property of the debtor; and (d) the recovery of any property in the debtor’s possession by its owner or lessor. For non-main foreign proceedings, any relief is at the discretion of the NCLT. Before granting relief in a foreign proceeding, the NCLT is to ensure that the interests of creditors and stakeholders including the corporate debtor are protected. A foreign representative is also entitled to apply to the NCLT to avoid acts harmful to creditors.

The draft chapter provides for cooperation between the NCLT and the foreign court. The NCLT has the power to: (a) conduct a joint hearing with a foreign court; and (b) communicate with, request information or seek cooperation from foreign representatives. Resolution professionals (subject to NCLT supervision) are also empowered to communicate with foreign courts and representatives. Coordination between concurrent insolvency proceedings (for the same debtors) will ensure that the relief granted in a foreign non-main proceeding is consistent with the relief granted in a foreign main proceeding.

The NCLT also has the power not to give effect to the cross-border insolvency provisions if there is a violation of public policy.

The draft chapter is a step in the right direction. Among issues that need redressal, it does not govern cross-border insolvency proceedings of individuals. The term “foreign proceeding” is limited to an insolvency process and does not cover other forms of arrangement. Where the COMI falls outside India, the relief will depend on laws and courts of the foreign country. The draft chapter is silent on the rights and duties of an insolvency professional in a foreign proceeding. As public policy is not defined under the draft, parameters to ring-fence judicial discretion may be adopted, considering the inconsistent judicial approach towards the public policy doctrine.

Thus, once the draft chapter is enacted the question of whether it is better than negotiating bilateral treaties will be determined in the anvil of practical application.

Abhishek Dutta is the founder and managing partner of Aureus Law Partners. 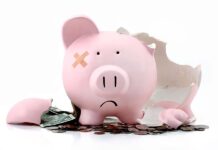 Do lawyers have a duty to help avert a climate catastrophe?
The government is keen to support the growth of online trade, but its draft e-commerce rules could have the opposite effect.