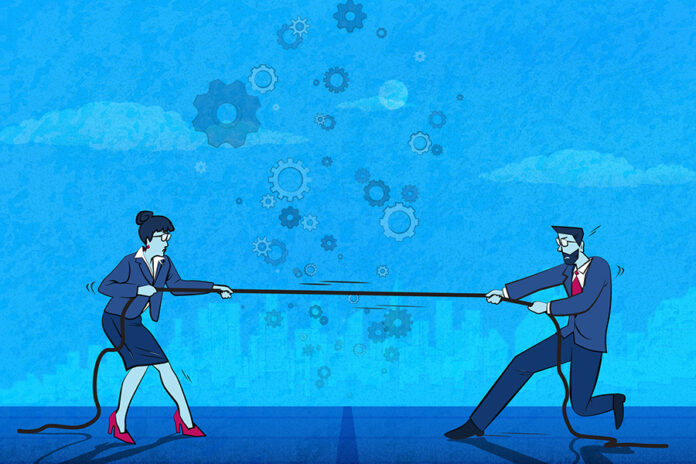 The Union of India and the state of Maharashtra appear to be at loggerheads in respect of ownership and possession of 102 acres (41 hectares) of land at Kanjurmarg, Mumbai. It is the claim of the Union of India that its ownership of the land has been acknowledged by the Maharashtra government, as well as the Mumbai Metropolitan Region Development Authority (MMRDA) in several orders/letters/correspondence annexed to the connected writ petitions. But the Maharashtra government claims that it is the owner of the land and, therefore, entitled to develop it.

The dispute has its origin in an order dated 1 October 2020, where the collector formed an opinion that the land was not the subject matter of a pending litigation and granted the MMRDA the allotment and possession for the purpose of setting up a metro car shed.

The Union of India pointed out an order of the officer on special duty of the Maharashtra government, dated 30 September 1996, where the adjudication included the land in question and upheld it to be in the possession of the Salt Department, government of India, to which a writ petition challenging the order was pending.

The State of Maharashtra and the MMRDA contended that such proceedings had arisen out of an inquiry conducted under section 37 of the Bombay Land Revenue Code, 1879, and not in a contest regarding title or possession of the Union of India and Maharashtra government, and the same could not result in conferring ownership on the former. Moreover, although the land was acquired invoking the provisions of the Land Acquisition Act, 1894, the documents on record were merely declarations issued under section 6 of the act, and land could not have been acquired in that manner, and the revenue records showed that the land was in the name of the State of Maharashtra.

In a third connected writ petition, the petitioner contended that interest in respect of the land devolved on him, as he had challenged the refusal to renew a lease that was granted to him in 1922, for a period of 99 years to be effective from 1917, and an order existed of Bombay High Court granting injunction from taking any further steps with respect to the land.

To add to the twist and turns, a party in person sought leave to intervene, and contended that a civil application was filed by the State of Maharashtra through the Revenue Department, in the writ petition that was challenging the order of the officer on special duty, praying for permission to use the subject land for construction of a main car shed depot for the Metro Rail Line No. 3 (Colaba to Bandra-SEEPZ) Project, to be integrated with the Jogeshwari-to-Kanjurmarg elevated metro corridor, and the same remained pending.

The Bombay High Court observed that what was revealed from the material on record was dispossession of parties interested in a property not by procedure known to law, but by an executive fiat. The division bench further observed that the decision-making process leading to the impugned order did not pass the test of judicial scrutiny, and although conscious of the element of public interest involved in setting up of the metro car shed on the land, they could not remain oblivious if a person was divested of its/his/her right in property without the authority of law.

Blaming the executive for its careless approach, the Bombay High Court stayed the operation of the collector’s order, and further stayed the ongoing operations of metro work on the site of the subject land until final disposal of the matter.

Investment risks and opportunities in Angola