Nishimura & Asahi announced the recruitment of Lars Markert as foreign law counsel, taking on the status of foreign law partner after admission as a registered foreign lawyer.

Markert was admitted to practice in Germany in 2004 and in New York in 2007, and has previously worked at international and national law firms in Stuttgart, Düsseldorf, New York and Tokyo, including a two-year secondment to Nishimura & Asahi. He has advised German, Asian and other large corporations, as well as states, in international commercial and investment arbitrations, complex litigations and internal investigations.

Hiroyuki Tezuka, the Tokyo-based head of Nishimura’s international dispute resolution group, described Markert as one of the few foreign civil lawyers with experience in investor-state arbitration to have chosen to reside in Japan.

“Through his secondment and work with us as co-counsel, Lars has gained a complete understanding of the culture and mindset of Japanese companies and their legal departments,” Tezuka told Asia Business Law Journal. He will not only strengthen our team’s capability to handle large international commercial arbitration cases, but also contribute to our firm’s public international law practice.”

In his most recent position as an associate partner for a leading German law firm, Markert represented Japanese corporations in their business dealings in Europe. He serves as an adjunct professor at the University of Cologne, and frequently publishes and speaks on commercial and investment arbitration. 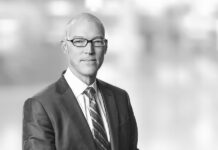 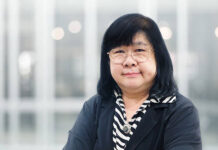