Indonesia has been a signatory to the New York Convention (1958 UN Convention on the Recognition and Enforcement of Foreign Arbitral Awards) since 1981. Nonetheless, the question of whether it is possible to enforce a foreign-rendered award in Indonesia seems to come up with surprising frequency, both in various conferences and in enquiries from offshore lawyers and clients, to most of the firms active in dispute resolution in this jurisdiction. Why the misconception? 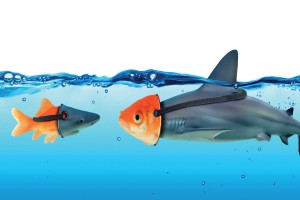 In fact it was not until 1990 that the necessary regulation was promulgated to facilitate enforcement of foreign awards. Before then, enforcement of arbitral awards was handled in the same manner as enforcement of final and binding court judgments. Both arbitration and civil litigation were regulated under the mid-19th century Dutch Code of Civil Procedure, Reglement op de Rechtsvordering (generally known as the RV), which, along with other Dutch procedural laws, had been adopted by Indonesia upon its independence in 1945.

Under the RV, registration and application for enforcement of domestic awards was to be made to the District Court (Pengadilan Negeri) in the district in which the award was rendered. Thus, it was assumed that an award rendered outside the boundaries of Indonesia, and thus not within the jurisdiction of any District Court, could not be registered or enforced. Furthermore, article 463 of the RV provides that, except for general average awards, judgments of foreign courts cannot be enforced in Indonesia at all. Therefore, prior to ratification of the New York Convention and issuance of Supreme Court regulation No. 1 of 1990, an attempt to enforce a foreign-rendered award in Indonesia would usually prove futile.

Supreme Court regulation No. 1 of 1990 designated the Supreme Court as the court with jurisdiction to issue exequatur for enforcement of foreign-rendered awards. No fast-track time limit was provided, however, and so such applications were docketed into the Supreme Court’s normal caseload. Nonetheless, the initial applications, filed in the early 1990s, were acted upon with reasonable promptness – some in less than six months.

The process then became somewhat bogged down, until 1999 when Indonesia issued its new Arbitration Law, Law No. 30 (1999). Under this law, the jurisdiction to issue exequatur for all foreign-rendered awards not involving the state itself was vested in the District Court of Central Jakarta, and after that the process began to move along in a more expedient manner.

There have been some ups and downs, but basically foreign arbitral awards have enjoyed enforcement for approximately the past 25 years. One might find it surprising, as well as rather negligent, that various scholars and speakers at conferences who do not have any direct experience in Indonesia – and may never have even set foot in the country – are still claiming that this is not possible. Indeed, it may have been impossible prior to 1990, or more accurately 1991, after one aberrant case met with opposition through a related decision of the court, but that situation was remedied by appropriate legislation long ago.

The enforcement process is not without some hiccups, of course, but these are primarily administrative and not judicial. Before an award can be enforced it must be registered with the court. For foreign-rendered awards the designated registry is at the District Court of Central Jakarta, as previously mentioned. Law No. 30 (1999) requires that registration be effected by the arbitrators or their duly authorized representatives. Local counsel and arbitrators are, of course, aware of this requirement and will ensure that the tribunal grants power of attorney for registration, usually both in the award and in a separate instrument.

However, if parties to an arbitration held elsewhere do not consult local counsel, or read the relevant legislation themselves, some delay in registration may be experienced while the successful party seeks to obtain a power of attorney from a tribunal already functus officio.

Another requirement that has often proven to be troublesome is the necessity to include with the application for registration a “certification from the diplomatic representative of the Republic of Indonesia in the country in which the international arbitration award was rendered, stating that such country and the Republic of Indonesia are bound by a bilateral or multilateral treaty on the recognition and implementation of international arbitration awards”, (the New York Convention being the only such treaty to which Indonesia is party).

Unfortunately, to date this requirement has not been effectively communicated by Indonesia’s foreign ministry to its consulates, often causing some administrative delay. Again, prior familiarity with these requirements will minimize the burden of meeting them.

Once the award is registered, the applicant (normally the claimant) may apply for the order of exequatur. Once such order is issued, the court will summon the losing party and give it the opportunity to comply with the award within a set time, usually eight days. If this order is not complied with, the court will issue the order for attachment of the respondent’s assets, which will then be sent to the court having jurisdiction over the respondent, or its assets, to attend to such execution.

But note that the assets must be clearly identified, including bank account numbers, if applicable. The court cannot assist in locating these, not even for execution of court judgments. Those assets identified will be attached by a bailiff and sold through the state auction house, unless a private sale has been approved. Needless to say, all of these steps should be closely monitored by counsel to avoid delay.

The District Court of Central Jakarta keeps records of awards registered, and those for which exequatur has been requested, and issued. However, if the respondent is resident or maintains its assets outside of central Jakarta, execution will be carried out in one or more of the approximately 300 other district courts in the archipelago, which may not keep adequate records, so no complete data are available. The above notwithstanding, to the knowledge of the author’s firm, not a single application for exequatur of a registered foreign award has been rejected since promulgation of the 1999 Arbitration Law.

In the event that the court rejects the issuance of exequatur, the matter can be appealed directly to the Supreme Court (bi-passing the normal intermediary appeal to the High Court), which must decide upon the appeal within 90 days. Issuance of exequatur, however, is not subject to appeal. Nor may a decision of the Supreme Court either issuing or rejecting exequatur, or execution where the government of Indonesia is a party, be appealed.

Law No. 30 of 1999 enumerates only very limited grounds on which the court may decline to issue the exequatur order, essentially if the parties have not agreed to arbitrate their disputes, or if the dispute is not of a commercial nature, or is beyond the parties’ authority mutually to settle (such as divorce, adoption and similar). Grounds to seek annulment of an award are also limited, considerably more so than, for example, in the UNCITRAL Model Law, and include only such defects as forgery, fraud or deliberate concealment of documents that would have been decisive.

In conclusion, it should be noted that Indonesia is actually a very arbitration-friendly jurisdiction. Law No. 30 of 1999 makes it clear that where the parties have agreed to arbitrate, the courts may not interfere in any manner except to assist in the enforcement, or, if no other appointing authority has been designated by the parties, to appoint or recuse a missing or contested arbitrator. Even an interim award on jurisdiction cannot be appealed to the courts, as may be permitted in some common law jurisdictions. The administrative requirements may cause the process to take a bit longer than in some other jurisdictions, but it is more certain and often quicker than in many others. 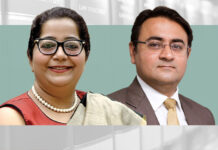 No rewards for challenging awards in post-hearing stage 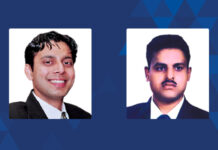