Foreign companies that embark on a global registration for an important trademark usually follow a schedule of countries where filings will be prioritised, with Philippine applications being filed much later. By the time the company decides to file in the Philippines, it is often the case that an unrelated third party has already taken the same mark and filed it in its name, knowing that the real owner has not lodged its application in the Philippines.

The third party’s application then becomes an effective blocking mark. It will be cited by the examiner and may cause the rejection of the foreign company’s application.

To avoid rejection, the foreign company is often forced to ask for a suspension of the examination while it pursues an opposition against the earlier application. An opposition may take two years to resolve. Delays may further arise and slow down the case for another three to four years due to appeals available at four levels – the Bureau of Legal Affairs, the Director General, the Court of Appeals, and the Supreme Court.

From the effectivity of the IP Code, 1998 to September 2020, the typical case of the foreign trademark owner who has already used its mark in the Philippines, but whose Philippine registration was blocked by someone else’s application, is often resolved simply by citing the long-established jurisprudence that upheld the primacy of prior use over prior registration. But the Supreme Court decision in Zuneca Pharmaceutical v Natrapharm, issued on 8 September 2020, threatens to shatter this winning argument.

In the Zuneca case, the court declared that the general rule on ownership had shifted from first-to-use to first-to-file when the IP Code took effect. Under the first-to-file rule, prior use no longer determines the ownership of a mark. Rather, ownership is acquired solely through registration, made validly following the code’s provisions.

The court held: “Based on the language of the provisions of the IP Code, even if the mark was previously used and not abandoned by another person, a good faith applicant may still register the same and thus become the owner thereof, and the prior user cannot ask for the cancellation of the latter’s registration.” In essence, a prior registration obtained in good faith trumps prior use.

Earlier rulings, in the cases of Berris Agricultural v Abyadang 68 and EY Industrial Sales v Shen Dar, which were relied on by owners who run the risk of losing their marks in the Philippines because of the prior third-party applications, spoke to the principle that “registration, without more, does not confer upon the registrant an absolute right to the registered mark.

The court categorically corrected the rulings in the Berris and EY Industrial Sales cases by holding that these decisions were wrong because they factored in “use in commerce” as necessary for registration to be upheld in favour of the registrant. The court admonished the application of these cases in the future.

One justice dissented, warning the majority to proceed with caution in disregarding the significance of the prior commercial use in favour of prior registration. The dissent cited the law, which requires the mandatory filing of use declarations, and pointed out that legislative intent cannot be inferred from legislators’ mere opinions when the law was debated in congress.

Whatever the true intent, it remains clear that the Zuneca case will adversely impact the rights of those who would delay the filing of trademark applications in the Philippines.

While the Zuneca case will not work to recognise the right of a party who acted in bad faith, it remains uncertain what evidence would be sufficient to establish bad faith, or whether an adjudication officer at the Bureau of Legal Affairs will be willing to infer bad faith simply by showing that the prior user’s mark was already widely publicised in the Philippines at the time the application was filed.

It is also uncertain whether bad faith can always be inferred when the first filer was not able to sufficiently explain how it ended up adopting exactly the same mark that is already being used in commerce by the real owner.

It is hoped that because of the Zuneca case decision, more cases will emerge tackling the issue of bad faith in a way that can provide clear guidelines for litigants in the future.

Mila Federis is the founder and managing partner at Federis & Associates 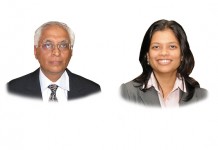 No anti-competitive practices by banks in home loan sector 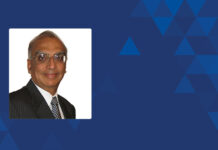