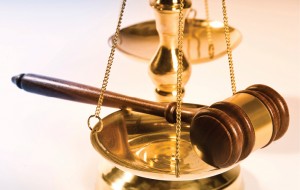 Lawyers from Herbert Smith’s Hong Kong arbitration practice advised Grand Pacific in its appeal and said the landmark decision confirmed Hong Kong as a leading venue for commercial arbitration among local and international parties, including those doing business in mainland China.

Herbert Smith said that Pacific China Holdings, the opponent of Grand Pacific in the dispute, had argued that it was denied an opportunity to present its case before the arbitral tribunal, and that there were irregularities in the arbitral procedure.