By a press note issued by the Department of Industrial Policy and Promotion on 10 January, the Indian government has raised the foreign direct investment (FDI) limit in single-brand retail trading companies to 100% from 51%. However, investment in this sector remains under the “approval route” and the prior approval of the Foreign Investment Promotion Board (FIPB) will be required for each such investment.

The press note imposes various conditions on FDI in single-brand retail trading, some of them a legacy from 2006, when FDI in single-brand retail trading was first permitted. The conditions specify that products should be (i) of a single brand only; (ii) sold under the same brand in one or more countries other than India; and (iii) branded during manufacturing. A company selling multiple products (e.g. fashion goods, wines and spirits and jewellery) under one brand, and not under distinct brands for each product line, would be considered a single-brand retailer.

In its consolidated FDI policy that became effective on 1 October 2011, the government introduced an additional condition requiring the foreign investor to be the “owner” of the brand. The press note has introduced one further condition, namely, in case of investments above 51%, at least 30% of the value of the products sold are to be sourced from Indian small industries, village and cottage industries, artisans and craftsmen.

At this point, it is unclear how strictly the Indian government will interpret “ownership”. However, this condition in its current form may impact financial investments (such as by private equity investors) in this sector.

It is also unclear at which level of the production chain the mandatory sourcing requirement will apply – e.g. is the reference to sourcing of raw materials, semi-finished goods, or finished goods? This could have different implications for different product lines with varying production processes.

A related issue is the meaning of “value of the products sold” – it is unclear whether the cost of production or the revenue generated from sales will be taken into consideration. If the intention is to provide a stimulus to domestic manufacturing, there could be an argument that the cost of the goods supplied, or the value addition created, by small/village industries should represent at least 30% of the revenue generated from the sale of the products.

This begs the question: How will companies make this determination? Will it be based on revenue estimates or projections? Since no government oversight is currently contemplated, enforcement of this condition through a self-certification process could be a challenge.

It is also unclear whether multiple manufacturing operations owned by a single or multiple owners within the same market sector can be aggregated for purposes of the US$1 million threshold. The term “village industries” has not been defined in the press note.

Despite certain conditions under the press note that could be onerous (e.g. mandatory sourcing) and could affect the ability of a foreign investor to control the quality and homogeneity of its products, the liberalization of the policy will likely make India a more attractive market for foreign retailers, which will no longer be forced to share profits and control with Indian partners. The present ambiguity regarding certain conditions will likely be resolved over time through policy clarifications provided by the Indian government (including by the FIPB in the context of specific fact situations).

The government’s proposed move to permit FDI in the multi-brand retail trading sector remains in abeyance and FDI is currently prohibited in this sector. The timing of any policy change in relation to multi-brand retail is currently uncertain, but if and when notified, any liberalization is likely to be subject to significant restrictions.

Rachael Israel (risrael@snrlaw.in) is an associate at S&R Associates, a law firm based in New Delhi and Mumbai. 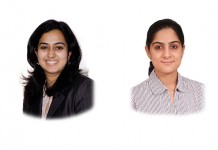 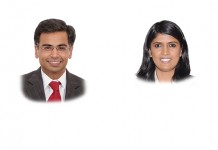 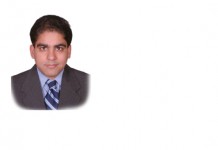 The markets regulator has begun the process to move away from the broad concept of promoters
Do lawyers have a duty to help avert a climate catastrophe?