Eversheds Harry Elias has hired Shaun Leong as of counsel in Singapore, who joins the firm after several years of practice in cross-border complex commercial disputes seated across common and civil law jurisdictions.

He was also involved in the establishment of the Singapore International Commercial Court (SICC) as secretary of the SICC committee. 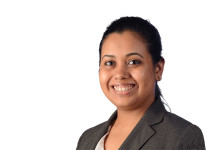