India’s economic growth has been spectacular in recent years, gaining a reputation as one of the fastest growing economies in the world. GDP increased 7.6% in 2015, surpassing China and becoming the No. 1 growing economic force worldwide. However, power supply in India has not met with equally vigorous growth, and can pose serious restrictions on the nation’s overall development.

Among the 1.2 billion people living in India, 80% have access to electricity. But power shortage is still very common in most areas of the country, including New Delhi. Only a few districts are guaranteed to have a 24-hour continuous supply of power. India mainly uses thermal power, with coal power plants generating more than 80% of the country’s total capacity. However, India does not have rich coal reserves, and its coal power generation sector heavily depends on imports.

Hydropower resources are rich in India, especially in the northern and north-eastern areas. Nowadays, hydropower makes up to 15% of the country’s total capacity. Hydro project development is expected to flourish in the future. The Indian government promised in October 2015 that it would reduce greenhouse gas emissions by 33-35% in the next 15 years. Therefore alternative power generation, such as solar, wind and nuclear power, is now encouraged and promoted.

In recent years, India has been a preferred destination for foreign investment. More and more, Chinese enterprises are becoming interested in local power projects. The huge electricity market potential is working like a magnet for Chinese companies that are eagerly looking for new investment opportunities to put their rapidly accumulated wealth to work. However, as a proven principle, where there are opportunities, there are also risks and challenges.

In accordance with India’s Electric Power Law, specific licences are required for conducting business in power transmission, distribution and trade, while no licence is required for power generation. If the total investment amount and other financial factors of a power generation project exceed certain limits laid down by the federal government, the project company must finalize a detailed programme of capital expenditure and submit it to the government.

The Central Power Supervision Committee is responsible for handling power trade licences, which are required to sell and purchase electricity across states. The committee is responsible for handling power trade licence applications, and is entitled to amend licence terms as well as revoke licences based on reasons provided in article 19 of the Electric Power Law. Judging from the above, Indian power projects are subject to multiple governmental approvals. Risks relating to obtaining approvals are not to be neglected, because corruption, low efficiency and vague rules are still common issues when dealing with governmental procedures in India.

The process of land expropriation and preparation is very slow and complicated in India, and may involve evaluations of social impact, expert team assessments, government orders announcing the programme, official collections of public objections, and the organizing of hearings. Before 2013, land expropriation took an average four to five years to complete. The Land Expropriation Law promulgated in 2013 shortened the process to one to two years.

Therefore lack of land has been a major obstacle for developing power projects in India. The author provided legal services for an industrial zone project in India that suffered a serious delay due to land issues.

India has a huge working population, and to protect its own workforce the work visa policy for foreign workers is very restrictive. It is difficult and sometimes extremely time consuming for foreigners to obtain work visas in India, and problems relating to working visa applications account for another major foreign investment risk in India. In 2011, a “project visa” system was put in place, and since then foreigners working for a power project in India may apply for “project visa” instead of a traditional visa.

The legal system is complicated and political risks are high in India. To take lessons from the painful experiences of Chinese companies that have invested and failed in India, the importance of carrying out extensive due diligence before actually throwing in money is self-evident. Making full use of professional advisers to understand, prevent and mitigate risks is the only road leading to success. 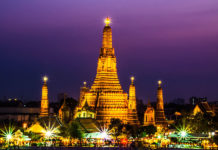 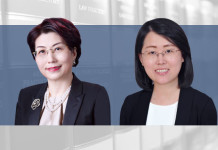 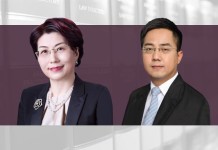 Legal framework and advice for FDI in Iran