“Contractualization” was one of the hot issues in the May 2016 Philippine elections. In one of the presidential debates, all the then candidates for president, including now President Rodrigo Duterte, vowed to end contractualization. One of the candidates, in fact, had a political advertisement promising to “end the endo”.

Expectedly, many, especially from the labour sector, were jubilant. After all, the simplistic understanding was that there would be no more contractual employees, so all would be regular employees. It must be noted that the Labour Code in the Philippines does not contain any definition of the term “contractualization”; in fact, the term is not in the Labour Code. The term contractual is in Department Order No. 18-A of the rules on outsourcing, referring to employees of contractors or agencies. Loosely, however, the government refers to contractual employees as simply those who are not regular employees.

Six months into the Duterte administration and we have yet to see the fruition of this campaign promise. The Secretary of the Department of Labour and Employment (DOLE), Sylvestre Bello, had announced that the DOLE would issue Department Order (DO) No. 30 before the end of 2016, which would amend DO 18-A. However, this did not happen, and all we saw was a working draft of the supposed DO.

DO No. 30 also seeks to clarify the nature of the work or service to be contracted out by inserting the phrase “specific, distinctly separate and identifiable”. Apparently, the objective is to disallow the practice by some contractors of offering all kinds of services that companies need – from janitorial to clerical. In this regard, the draft order explicitly states that “activities or functions that are directly related to the principal business of the employer must not be contracted out to a contractor, except in the case of seasonal or project employment”.

DO No. 30 states that “an activity or function is considered directly related to the principal business of the employer when it is an integral part of its principal line of business, without which the product, goods or service cannot be completed, manufactured or rendered, taking into consideration the primary purpose of the employer based on its registration.” This is a significant amendment that may well be the main reason for the delay in the official issuance of DO No. 30, and will certainly affect businesses, as companies would be forced to hire regular employees to perform core activities.

It is also disturbing to note that this amendment deviates from the law and jurisprudence. Article 106 of the Labour Code does not make a distinction as to which type of activity or function can be contracted out. The rulings of the Supreme Court also do not make any qualification as to the kinds of services that a legitimate contractor may provide. So this provision of DO No. 30 is of doubtful legality.

Other significant changes in DO No. 30 are a prohibition on sub-contracting (except in the construction industry), and a guarantee given to employees of the contractors that they will be paid separation pay should the latter fail to redeploy or reassign them within a certain period from the time the service agreement with a principal is terminated or pre-terminated. Financial and livelihood assistance must also be provided to the employees while waiting for another assignment. While these are beneficial to the employees, they add burden to companies.

This issue is not a simple one – it needs thorough and careful study. All stakeholders – labour, business, academia, government, etc., should be consulted. The DOLE should not underestimate the complex interplay of the interests of labour and business.

It should be mindful that this is more than fulfilling a campaign promise; it will have a significant impact not only on the welfare of workers but on the continued viability of businesses as well. There is no need to rush. Haste makes waste.

NEPTALI B. SALVANERA is a partner at ACCRA Law Offices in Manila 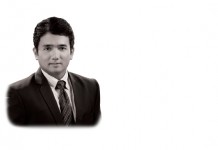