Both dual language and bilingual arbitration clauses are common in Sino-foreign agreements. They are usually the result of a compromise in the negotiation of the commercial contract. They both potentially have far-reaching implications for the arbitration, including increasing the cost and complexity of the process without any corresponding benefit for the parties. This article identifies a number of threshold issues for parties to consider when dealing with the decision to adopt these clauses or, if they have already adopted them, how to deal with them in practice.

First, there is an important distinction to draw between what the authors refer to as “dual language” and “bilingual” arbitrations. “Dual language” arbitrations are conducted in two languages, for example, English and Chinese. “Bilingual” arbitrations by contrast allow both languages to be used interchangeably. The choice of procedure can have a significant impact upon, for instance, arbitrator selection (see point 3, below). The authors refer to both forms as “bilingual”, unless there is a reason to distinguish between the two.

Point 1: Consider whether you genuinely need a bilingual arbitration. The default choice should always be a single language of arbitration unless there is a compelling reason to adopt bilingual arbitration. This is not only in order to avoid additional costs and inefficiencies (referred to in point 2), but also because international arbitration tribunals and counsel are used to accommodating different languages into the procedure. For example, a Chinese-speaking witness will be entitled to give evidence in his or her own language, which will, in turn, be translated into English. Similarly, the relevant parts of a party’s factual exhibits in Chinese will also be translated into English. In Chinese-language arbitrations, the same rules will apply to English-language witnesses’ testimony and exhibits.

Point 2: Consider cost and time implications. Strictly speaking, “dual language” arbitrations may require all correspondence, pleadings, written and oral legal submissions, witness statements, expert reports, exhibits and other legal documents to be translated. A complex case might involve many thousands of pages of legal submissions and exhibits, making the cost and time involved in the translation very significant. For oral hearings, a party will likewise need to translate legal presentations, and any examination of witnesses and experts. This, in turn, will necessitate a longer hearing. The hearing transcript will need to be produced in both languages.

The process will raise further procedural and logistical issues that require addressing: For instance, what will be the process for resolving one party’s challenges to translations? If the arbitration is an administered one, will the institution be required to communicate in both languages also, and does it have the resources to do so?

Point 3: Consider impact on arbitrator selection. The impact upon arbitral selection depends very much on whether a “dual language” or “bilingual” procedure is agreed. If a “bilingual arbitration” is provided for, you will need to appoint a tribunal and counsel who are fluent in both languages, whereas in dual language arbitration it is possible to appoint arbitrators and counsel proficient in only one of the languages. Bilingual arbitrations will therefore necessarily reduce the pool of arbitrators for selection to those who are fluent in both languages.

Point 4: Seek to clarify any language procedure. Whether a “dual language” or “bilingual” arbitration is agreed, the parties should seek to further clarify the nature and extent of the procedure. This additional agreement may be included in the arbitration clause, or determined by the tribunal as a procedural matter shortly after its appointment. In practice, the latter is more likely, but will often be the subject of significant argument, particularly if one of the parties insists that dual language literally means every aspect of the proceeding must be in two languages.

Further, while in a “bilingual” arbitration, parties and counsel should theoretically be able to switch between either language, this may not always be the best in practice. For example, there may be no direct Chinese translation for complex English common law concepts (and vice-versa). In this instance, there is a very real risk that the legal argument is not being properly understood and decided by the tribunal.

If, however, parties are working together, they may sensibly agree to any one of a number of modifications to a strict dual language or multilingual arbitration as appropriate. For instance, the parties might agree that certain materials, such as tribunal and party correspondence, be exempt. Alternatively, parties might agree that proceedings shall be in one language, but with a full translation provided (perhaps at a later date) in the other. This might be an acceptable compromise in circumstances in which all legal, expert and client teams were proficient in one language.

Point 5: Be prepared to revisit the issue. If adopting a bilingual procedure, parties should keep the issue of language under review throughout the arbitration process. The feasibility and usefulness of a fully “dual language” or “bilingual” procedure might change at certain key milestones during the course of an arbitration. This might change, for example, upon the appointment of one or more members of an arbitral tribunal in a dual language arbitration who understand only one of the languages of the arbitration. Another example might be if the nature and extent of documentary evidence changes in terms of the issues in dispute. In this case a full dual language requirement might be too onerous.

Further, and more generally, dual and bilingual arbitrations will, in practice, tend to gravitate towards one dominant language, with the proceeding being mainly conducted in one language. This means that there will usually be a number of opportunities for the parties, counsel and the tribunal to revisit the procedure to see if there is any way to make the procedure more efficient, tailored to the particular dispute and, of course, more cost effective.

Parties should never agree “dual language” or “bilingual” arbitrations simply as a matter of compromise, without serious analysis as to the impact on the potential arbitrations. If such procedures are adopted, there are a number of ways in which the time cost and complication of such proceedings can be mitigated. The solution lies in the hands of the tribunal and the parties to find a workable and cost-effective compromise.

In this respect, one of the key advantages of arbitration over other dispute resolution mechanisms is its flexibility, and sophisticated parties and their counsel should keep these issues in mind when dealing with bilingual arbitrations. 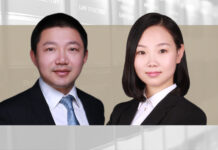 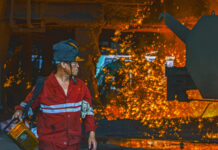