As China’s capital market heats up with fast-growing and profitable companies sought after by investors, many Chinese companies that had been preparing an overseas listing have changed their minds and decided to return to the domestic capital market through a backdoor listing.

Dismantling the red-chip structure is a big hurdle in the process. This column briefly explains some major regulatory concerns over the establishment and dismantling of the red-chip structure, such as foreign exchange, taxation and the exit mechanism for investors. We will also review the guidelines announced by the stock exchanges and the China Securities Regulatory Commission as well as practical cases.

For foreign exchange, companies that had established and dismantled red-chip structures from 1 November 2005 to 13 July 2014 are subject to the State Administration of Foreign Exchange’s Circular on relevant issues concerning China Foreign Exchange Administration for Domestic Residents Engaging in Overseas Financing and Round-Trip Investment via Special Purpose Vehicles (SPVs) (Circular 75).

Those who had established and dismantled red-chip structures on or after 14 July 2014 are subject to the Circular on relevant issues concerning China Foreign Exchange Administration for Domestic Residents Engaging in Overseas Financing and Investment and Round-Trip Investment via Special Purpose Vehicles (Circular 37). Under this circular domestic residents are permitted to directly contribute money to SPVs for more purposes, such as share buybacks and delisting, except in overseas investments.

As for tax issues, foreign-invested companies in China are converted into domestic companies upon the dismantling of the red-chip structure by bringing offshore ownership back onshore.

According to the eighth provision of the Foreign Enterprise and Foreign-Invested Enterprises Income Tax Law, which was abolished on 1 January 2008 when the Enterprise Income Tax Law took effect, a foreign-invested company is entitled to two years of income tax exemption and three years of 50% income tax reduction afterwards, starting from the first profit-making year. If a foreign-invested company with a term of business operation less than 10 years has begun to enjoy the tax privileges before 2008, it should repay the exempted sum of taxes because of the conversion.

The Enterprise Income Tax Law has come into force since the beginning of 2008, introducing withholding tax at source. As non-resident enterprises, offshore SPVs should pay the tax on income from an equity transfer in China. The income from an equity transfer refers to the premium between the selling price and the cost price of the equity. In the meantime, the domestic transferee, as the payer, should be the withholding agent to withhold tax at source.

To go public in China, foreign-invested companies had to make supplementary income tax payments due to the conversion into domestic companies after dismantling the red-chip structure. For instance, Suzhou Keda Technology was previously a foreign-invested production company in the Xiangshui coastal economic development zone, paying corporate income tax at a rate of 24%. The company enjoyed the tax preferential policy starting from the profit-making year of 2004. In 2011, the company converted from a foreign-invested company into a domestic one after dismantling the red-chip structure, and thus repaid the exempted sum of income taxes totalling RMB8,884,298.49 for the period of 2004-2008.

In terms of the exit of investors, when dismantling red-chip structures, companies that adopt the variable interest entity (VIE) model bring domestic assets back onshore mainly through transferring the VIE; those that adopt the straight-forward offshore listing model are mainly via equity transfers of offshore holding companies. In general, both models involve the exit of offshore investors via either newly established investment units that take a direct stake in domestic companies or the redemption of shares by domestic companies.

Due to tax arrangements, many offshore investment institutions are inclined to set up new investment units in Hong Kong and hold shares in domestic companies via these units. It is noteworthy that when a domestic company, whose foreign shareholders are holding its shares via their Hong Kong units, participates in a listed company’s reorganization after dismantling the red-chip structure, the listed firm should carry out the relevant procedures with the Ministry of Commerce. It should be completed, according to the Measures for the Administration of Strategic Investment in Listed Companies by Foreign Investors, to acquire the shares held by foreign investors. 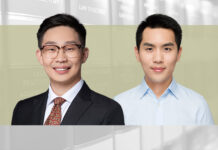 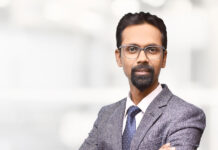