It is a generally accepted principle that an arbitrator has a duty to be impartial and independent of the parties involved in a dispute, and to disclose any circumstances that may give rise to doubts as to his or her impartiality or independence. This principle is reflected in article 12 of the UNCITRAL Model Law, as well as the arbitration rules of all major arbitral institutions.

However, the precise scope of this duty may not always be clear, especially with the growing size of corporate conglomerates and international law firms in recent years leading to the rise of increasingly complex conflict-of-interest issues. 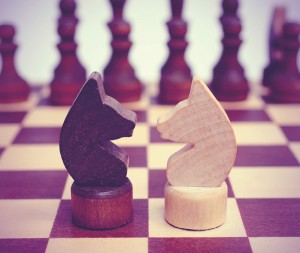 In 2004, the International Bar Association (IBA) released its Guidelines on Conflicts of Interest in International Arbitration in an attempt to increase certainty and uniformity of standards of disclosure in the arbitration world. Since then, the IBA guidelines and their 2014 revision have become widely accepted by many arbitrators and institutions as an authoritative guide to making decisions on disclosure and arbitrator appointments, respectively.

On 12 February 2016, the International Chamber of Commerce (ICC) International Court of Arbitration adopted a new guidance note for the disclosure of potential conflicts of interests by arbitrators. This article examines how the new ICC guidance note compares to the IBA guidelines.

The general principles expressed in the ICC guidance note are similar to those found in the IBA guidelines, which include the following:

a) The duty to disclose is a subjective one, i.e. an arbitrator has to disclose any circumstance that might call into question his or her independence in the eyes of any of the parties, or give rise to reasonable doubts as to his or her impartiality;

b) Any doubt must be resolved in favour of disclosure;

c) A disclosure does not imply the existence of a conflict. Instead, arbitrators who make disclosures consider themselves to be impartial and independent, notwithstanding the disclosed facts, or else they would decline to serve;

d) The duty to disclose is an ongoing one;

e) An advance waiver in relation to possible future conflicts of interest does not discharge an arbitrator from his or her ongoing duty to disclose;

f) An arbitrator has a duty to make reasonable enquiries to identify any conflicts of interest;

g) For the purpose of disclosures, an arbitrator will be considered as bearing the identity of his or her law firm, and a legal entity will include its affiliates.

b) The prospective arbitrator or arbitrator, or his or her law firm, acts or has acted against one of the parties or one of its affiliates. (c.f. paragraphs 3.1.2, 3.1.4 orange list);

Notably, the ICC guidance note also avoids naming any specific circumstances that arbitrators have no duty to disclose, departing from the approach adopted in the IBA guidelines’ green list. This approach is consistent with the more general and flexible approach taken in the ICC guidance note, as well as the previously expressed view of its secretariat, that “the green list of the IBA guidelines may conflict with the subjective criterion expressed in article 11(2), which requires that a potential arbitrator reveal all circumstances that could cast doubt on that arbitrator’s independence in the eyes of the parties”.

While the ICC Court has always considered the IBA guidelines in making decisions on objections and challenges to arbitrators, it regards the guidelines as a secondary source in making such decisions, relying instead on the experience of its members, the members of the secretariat, and the court’s previous decisions on objections and challenges to arbitrators as its primary resource. This had the advantage of granting the court greater flexibility to make decisions, but also created a degree of uncertainty among arbitrators evaluating which circumstances they might need to disclose, especially those with no prior experience with ICC arbitration. The new guidance note aims to plug this gap without sacrificing the court’s preference for flexibility in its decision-making process, which is a welcome development.

Sylvia Tee is a senior associate at Lipman Karas and a former director, arbitration and ADR, Asia of ICC Dispute Resolution Services 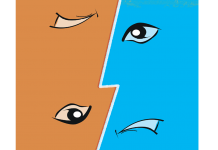