India in August 2022 submitted its updated climate change action plan as required under the Paris Accord, setting out a diverse programme to cut emissions and adapt to global warming. To formulate, implement and monitor the ambitious decarbonisation agenda it is essential to build institutional capacity at the federal and state level.

Key elements of the so-called Nationally Determined Contribution (NDC) are: to reduce the emissions intensity of India’s gross domestic product by 45% from 2005 levels by 2030; to achieve 50% of installed electricity generation capacity from non-fossil fuel sources by 2030; to create an additional carbon sink equivalent to 2.5 to 3 billion tonnes of carbon dioxide through additional forest and tree cover, also by 2030; and to better adapt to climate change by enhancing investments in development programmes in vulnerable sectors, particularly agriculture, water resources, the Himalayan and coastal regions, health and disaster management.

India has also introduced the concept of Extended Producers Responsibility under the Plastic Waste Management Rules, 2016. According to the guidelines, it is the responsibility of producers, importers and brand owners to ensure their plastic packaging waste is dealt with through recycling, re-use or end-of-life disposal.

Most of the decarbonisation and sustainable development ideas and initiatives are now spread across various central government departments and ministries. Some key initiatives, such as improvements in energy efficiency, green hydrogen policy and the carbon trading scheme, are being driven by institutions or agencies under the Ministry of Power.

Other schemes, such as subsidies for faster adoption of electric vehicles and the incentives to boost the manufacture of ACC batteries are being implemented by the Ministry of Heavy Industries. India’s National Action Plan on Climate Change was launched in 2008 but has not been updated, despite significant developments at the national and global level. India needs to think of new ways to ideate, co-ordinate and monitor various initiatives in the areas of sustainable development, decarbonisation and climate change mitigation and adaptation. The focus areas for decarbonisation include diverse sectors such as energy, road transportation, steel, cement, buildings, food and agriculture, forestry and other land uses.
These diverse sectors require an assessment of existing practices and their carbon footprint, formulation of specific action plans and timelines for implementation, assessment of investments required for implementation, and potential avenues of investment mobilisation.

As a developing country, India needs to mobilise capital from all available sources to fund its ambitious decarbonisation agenda. For example, to achieve 500 gigawatts of renewable energy generation capacity by 2030, India needs annual investment of roughly USD30 billion and 10 times the current land requirement.

Therefore, to achieve the objectives set out in its updated action plan and move towards its target of net zero by 2070, India needs to build institutional capacity at the central government level and in the states to, among other things:

For example, the Bureau of Energy Efficiency, proposed to be tasked with the development and implementation of a carbon trading scheme, could be reoriented to implement a broader mandate.

While India has made significant strides in scaling up its renewable energy generation capacity, implementation of its NDCs and the broader decarbonisation agenda require the creation of additional institutional capacity at the central and state government levels. 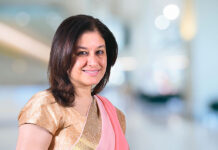 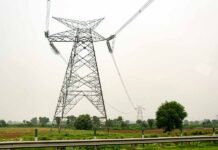 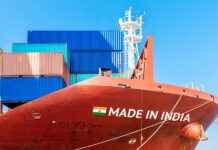