Arevision petition was filed by Sanyo Electric Company before the Delhi High Court against an order of the additional chief metropolitan magistrate. The order directed that a search warrant issued by the court under section 93 of the Code of Criminal Procedure should not be executed until the police have obtained the opinion of the Registrar of Trade Marks under the proviso to section 115(4) of the Trade Marks Act, 1999.

The issue that came to the fore in the petition was whether the proviso to that section of the Trade Marks Act, which qualifies the power of the police to conduct a search at the premises of an alleged counterfeiter or alleged infringer of a trademark by requiring them to seek a prior opinion of the Registrar of Trade Marks, should also apply to a court for a search warrant made under section 93 of the Code of Criminal Procedure.

Section 115(3) provides that the offences under sections 103-105 of the Trade Marks Act, including the offences of the falsification and false application of a trademark, shall be cognizable (i.e. fall within the jurisdiction of a court), and provisions of the Code of Criminal Procedure relating to cognizable offences shall be applicable except where a special procedure, restriction or prohibition prescribed under the Trade Marks Act applies.

The petitioner thus contended that an order under section 93 is a judicial order, holding greater authority. Subjecting a judicial order to the registrar’s opinion would defeat the purpose and object of the said section.

The purpose of a proviso

While considering the applicability of the proviso to section 115(4) of the Trade Marks Act, the court observed that a proviso can serve four different purposes:

The court also considered the description and extent of a proviso as was aptly given by Lord Oreburn in the Welsh case of Rhondda Urban District Council v Taff Vale Railway Company. In this case, which dates from 1909, it was pointed out that a proviso inserted by a draftsman is not always used legitimately, and at times a section worded as a proviso may, in substance, wholly or partly be a fresh enactment adding to and not merely qualifying what goes before.

It was further observed that generally speaking, it is true that a proviso is an exception to the main part of a section, but it was also recognized that in exceptional case a proviso may be a substantive provision itself.

In the present case, the court observed that “looking at the language of proviso to section 115(4), [and its] object and purpose, the proviso does not warrant a wider application beyond the substantive section 115(4). The section is confined to searches without warrant and prevents misuse of power of search by the police officer. There is no indication in the language that the proviso is intended to apply as a proviso to section 93 of Criminal Procedure Code.”

The court further observed that “the prerequisites or pre-conditions for a search by a police officer without warrant under the proviso to section 115(4) of the Trade Marks Act cannot be read into or made a pre-condition before a search warrant issued under section 93 of the code is executed. Otherwise, a judicial order of the court issuing warrant would be a mere paper order unless the registrar gives a positive opinion. The language of the proviso does certainly not intend this as it makes a judicial order ineffectual till the registrar gives an opinion. The legislative intent behind empowering a police officer to conduct a search only pursuant to the opinion of the registrar under section 115(4) is clearly to protect the right to privacy and to ensure that the power so given to a police officer is not abused.”

While allowing the revision petition, the Delhi High Court referred the matter back to the court of the additional chief metropolitan magistrate to decide the application for a search warrant under section 93 of the Code of Criminal Procedure. 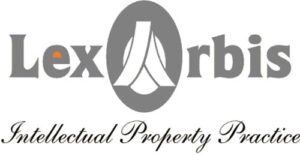 The three-year rule in plea of exemption from compensation

OECD’s Asean project seeks to foster competition in the region’s e-commerce sector
The RBI is poised to adopt a digital currency. What checks and balances are needed to safeguard the process?
We reveal the country's top 100 lawyers
Find out which are the best law firms in Indonesia
Please send any press releases, deal announcements, details of new hires, newsletters and any other news items to: news@law.asia