The Cook Islands is a sovereign nation comprising 15 islands spread over 2 million square kilometres of the South Pacific. Its resident population of approximately 12,000 marks it as one of the world’s smallest countries, but that has not prevented it from establishing itself in the international financial services industry through its innovative trust laws, and the use of those laws in modern day wealth management planning. More recently however, the Cook Islands has established itself as a world leader in the fight against money laundering and other financial crimes.

At the beginning of this millennium the Cook Islands was named by the Financial Action Task Force (FATF) as a “non-co-operative country or territory”, a jurisdiction that it deemed had insufficient systems, processes and controls in place to combat money laundering and other financial crimes.

The Cook Islands was “blacklisted”. Eighteen years on, and the FATF has confirmed that the Cook Islands has one of the best anti-money laundering/countering the financing of terrorism (AML/CFT) regimes in the world.

The Cook Islands’ journey from AML outcast to global leader has taken time due to both the time it takes the Asia Pacific Group on Money Laundering (APGML) – an FATF-style regional body – to assess and report on the AML regimes of countries within its region (41 countries with an average of five reports being published annually), but also due to the demands that achieving FATF standards places on a small jurisdiction and its limited resources.

The Cook Islands is one of the smallest jurisdictions within the APGML (and most certainly in the world) but is required to have the same framework of AML/CFT systems, processes and controls as every APGML member, including the US, China, India, Singapore, Hong Kong, Australia and New Zealand.

The Cook Islands understood the negative impact that being blacklisted by the FATF could have on its economy and its ability to do business internationally. Therefore, following its blacklisting in June 2000, it undertook a thorough review and analyses of the AML systems, controls and processes in place within its financial services industry to identify what would be needed to meet international standards. This review and these analyses resulted in a suite of legislation being passed in 2003 and 2004.

The most notable enactments were the Financial Supervisory Commission Act 2003 (FSCA 2003), which established the Financial Supervisory Commission (FSC), and the Financial Transactions Reporting Act 2004 (FTRA 2004). The FSC became and remains responsible for the licensing and supervision of financial institutions including banks, insurance companies, trustee companies and money transmitters, and the Cook Islands’ overall compliance with international AML/CFT standards.

The FTRA 2004 targeted the prevention, detection, investigation and prosecution of serious offences, including money laundering and terrorist financing, by establishing a Financial Intelligence Unit (FIU) and imposing customer due diligence requirements on reporting institutions.

In addition to the FSCA 2003 and FTRA 2004, other laws passed to broaden and enhance the Cook Islands’ AML framework included laws to: criminalize money laundering; trace and seize the proceeds of crime; provide international assistance in criminal matters; and eliminate shell banks.

On the basis of the laws passed and systems, controls and processes implemented, the FATF removed the Cook Islands from its blacklist in February 2005.

In 2014, having revised its 40 recommendations on technical compliance and adopted a new methodology to ascertain the effectiveness of a jurisdiction’s AML/CFT regime, the FATF commenced a further round of mutual evaluations based on its new framework. Countries, including the Cook Islands, were required to re-examine their AML/CFT regimes, enact new laws, introduce new systems and procedures, and allocate even further resources in an attempt to avert the ignominy of being blacklisted or otherwise singled out as being a bad international citizen.

The Cook Islands mutual evaluation under the FATF’s new framework was slated for 2017, prompting an immediate review of its AML/CFT regime. That review resulted, among other things, in the Financial Transactions Reporting Act 2017 as well as amendments to laws on the proceeds of crime, suppression of terrorism and international mutual assistance in criminal matters, and the investigative powers given to the FIU.

The mutual evaluation process commenced in early 2017 and lasted nearly 18 months. It included a two-week on-site evaluation in November 2017 of the Cook Islands’ AML/CFT regime, undertaken by two representatives of the APGML and six independent assessors appointed by the APGML.

The Cook Islands’ mutual evaluation was undertaken pursuant to the FATF’s revised 2012 standards and 2013 methodology, which involves two components: (1) technical compliance with the FATF’s 40 recommendations, being an analysis of the country’s legal and institutional framework; and (2) an assessment of the effectiveness of the country’s AML/CFT regime when measured against the FATF’s expected 11 immediate outcomes.

This long and arduous process culminated in the FATF publishing the Cook Islands’ Mutual Evaluation Report (MER) on 22 October 2018.

In regard to the 40 recommendations, the Cook Islands received 38 ratings of “largely compliant and above”, currently bettered by no other jurisdiction.

In terms of the implementation and effectiveness of its laws and systems when measured against the FATF’s 11 immediate outcomes, the Cook Islands attained five substantial ratings, four moderate ratings and two low ratings. This resulted in the Cook Islands being one of only two jurisdictions within the APGML membership to be placed in the “regular” follow-up process. This is a rare and notable achievement.

The Cook Islands gained “substantial” ratings in these two key areas, which was collectively better than large financial centres such as Australia and the US, as well as other offshore jurisdictions such as Samoa, the Bahamas and the Isle of Man. The Cook Islands MER confirmed that the Cook Islands has thoroughly identified and assessed its ML/TF risks, demonstrating a mature understanding of such risk. It specifically noted that the Cook Islands has a high level of technical compliance and a strong AML/CFT framework with enhanced regulatory oversight of its financial services industry, with the regulatory regime and supervision constituting strong mitigating measures to reduce the risk of ML/TF.

What this means for CI

This outstanding result for the Cook Islands has been achieved through the commitment and hard work of the Cook Islands government, its crown agencies and the private sector. The Cook Islands MER will be recognized internationally, given its independence and comprehensive nature. It should give governments, institutions and businesses globally great comfort when dealing with the Cook Islands and its financial services industry.

It will also give the small island state increased credibility when dealing with international trade partners. Financial institutions will find it harder to justify ML risk as the reason for not transacting with Cook Islands businesses.

There is much misinformation in the global community in relation to the Cook Islands and its financial services industry, which has in the past given rise to unjustified criticism. It is hoped the Cook Islands MER will dispel that and enhance the Cook Islands’ reputation as a jurisdiction committed to meeting its international obligations and leading the way in the fight against ML and other financial crimes. 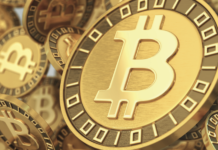 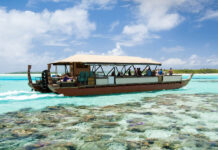