Risky business is forecast to be big business for those offering merger and acquisition (M&A) insurance in 2016. With private equity (PE) funds divesting mature assets and the relaxation of foreign direct investment (FDI) limits in India, insurance companies offering risk protection for M&A and cross-border transactions will be kept busy.

While countries across Asia are at different levels of maturity, the consensus is that transaction risk insurance is increasingly part of the mix in M&A deals. And India is one market that is expected to see an increase in the uptake of M&A insurance products.

According to data from Bloomberg, M&A involving Indian companies hit US$48.4 billion in 2015, 11% up from the previous year. Overseas companies announced US$13.2 billion of acquisitions in India last year, compared with US$17.1 billion in 2014. Observers forecast an upswing in M&A deal activity later this year due to changes in the country’s regulatory framework including revised FDI caps for sectors including multi-brand retail, telecommunications, insurance and defence. 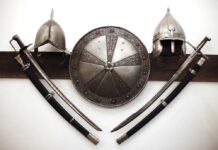 Corporates in Asia wise up to M&A insurance