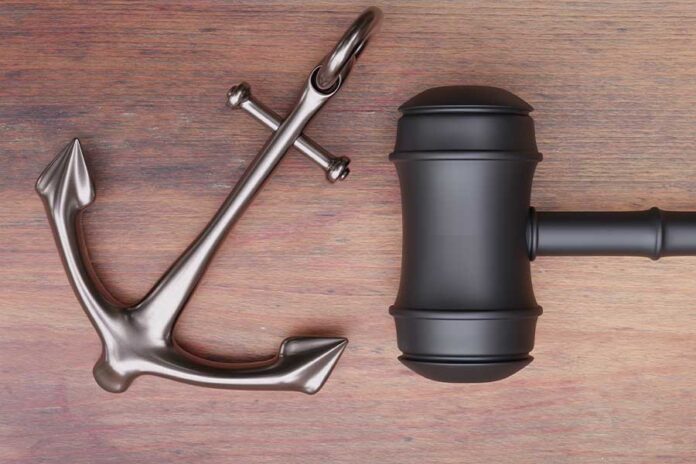 With the approval of the Supreme People’s Court, the Shanghai Maritime Court ruled to recognise and enforce a commercial judgment made at the UK High Court based on the principle of reciprocity. This is the first time a Chinese court has recognised and enforced a British commercial decision.

Although China does not have a common law system, a legal expert believes the ruling may set a precedent in the judgment of cases at the Commercial Maritime Court, with the Chinese court recognising commercial trial results from the UK. The Shanghai court’s ruling was announced in March after the Supreme People’s Court issued the Minutes of the National Courts’ Civil and Commercial Trial Work Conference.

The case opened after Hong Kong Grand China Shipping repeatedly delayed rent payment to shipowner Norway Spar Shipping, leading to its Shanghai-based parent company, Grand China Logistics, being sued. The case was brought to court in the UK, where it was ruled that Grand China Logistics should compensate for the losses.

Since China and the UK have not concluded or jointly acceded to the Hague Judgments Convention, the Shanghai Maritime Court first reviewed the judgment of Spliethoff’s Bevrachtingskantoor BV v Bank of China Ltd (2015). The judge in the case made it clear that Chinese court judgments could be recognised and enforced under English law, and explained the required conditions and standards.

Zhou Yin, an equity partner of Zhong Lun Law Firm who specialises in maritime cases, said China now had a precedent for enforcing British civil judgments. “The point is that it is a commercial judgment this time,” said Zhou, adding it was noteworthy that the ruling was made in China’s commercial hub of Shanghai.

He said the UK was an important jurisdiction for the shipping, commodities, insurance and finance sectors, and the ruling foresaw that judgments made by a British court in these areas were likely to be recognised in China.

Before announcing the verdict, the Supreme People’s Court issued essential minutes, a summary of the handling of commercial and maritime cases.

Section 44 stipulates that when the Chinese commercial judgement can be recognised and enforced by the foreign court under their laws, or dual governments reach an understanding or consensus on the reciprocity, or either the Chinese or foreign government commits to reciprocity to the other through diplomatic channels, the courts of the two countries can recognise the existence of reciprocity.

Zhou affirmed that the Shanghai Maritime Court’s decision was “directly influenced by the minutes”, but stressed that the minutes were not a legal source in China.

However, Susan Finder, a distinguished scholar in residence at Peking University School of Transnational Law, said although China was not a common law country, “it is developing its own type of case law”, and the Shanghai Maritime Court’s ruling could be regarded as a pilot that “may be intended to be a typical case”.

In 2020, the Supreme People’s Court promulgated trial guidance requiring a search of similar cases when the relevant points of law were unclear.

“Precedents are not binding, but guiding cases should be ‘referred to’ unless the case conflicts with subsequently issued law or judicial interpretations,” said Finder, adding that cases by, or approved by, the Supreme People’s Court would be the most persuasive.