The National People’s Congress passed the Foreign Investment Law (FIL) on 15 March 2019, sparking the kind of interest around the world reserved for major market initiatives. The potential of this new law has not been lost on any investors, particularly those who until now have avoided China’s market for its lack of transparency and perceived bias.

Marking a unified regulatory regime for governing foreign capital coming to China, the new law is widely seen as a landmark of China further opening its market and providing stronger protection to foreigners. We asked some legal experts about key implications of the new law and sought clarification on aspects of the law that have not as yet been sufficiently refined. Following are their observations.

Asia Business Law Journal (ABLJ): Compared to the previous three laws on foreign investment, what are the significant new aspects of the Foreign Investment Law?

Fan Jiannian, partner, Gide Loyrette Nouel in Shanghai: One of the main highlights of the FIL is the principle of consistency between domestic and foreign investment. You may find “equal treatment” is repeated throughout the FIL to ensure that domestic investment and foreign investment are subject to a unified set of rules. For example, article 9 provides that foreign invested enterprises (FIEs) are equally qualified for state policies that support enterprises; article 15 grants FIEs the right to equal access to the formulation of industry standards; and article 16 states that FIEs may fairly participate in government procurement projects.

In terms of corporate governance, the FIL will also cancel the specific rules only applicable to FIEs, but apply the general rules fixed by the Company Law, Partnership Law etc., to all enterprises, no matter whether they are foreign invested or domestic invested.

Eric Liu, managing partner, Zhao Sheng Law Firm in Shanghai: From a policy perspective, the central government has been keen to encourage more foreign investment. With the new law enacted, we believe that it is a good time for foreign investors to consider investment opportunities in China. 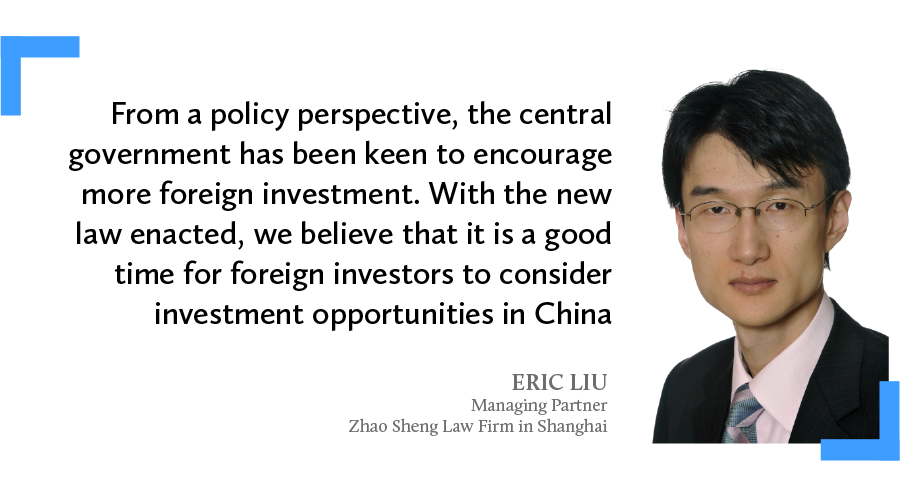 The three older statutes have been revised several times to accommodate the opening-up process. Foreign investors have witnessed the relaxation of regulator controls (in particular, over market access in various industries and foreign exchange controls). FIEs will be able to enjoy “national treatment” under the umbrella of the new foreign investment regime, which will provide FIEs with a level playing field to compete with [domestic] competitors. 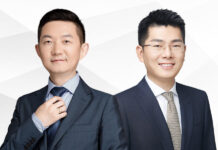 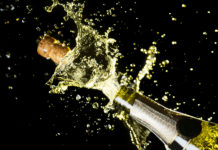