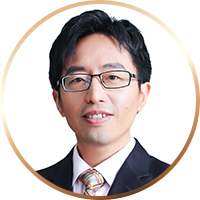 Qi Zhaobo’s main practice areas are real estate and construction engineering, finance and investment, commercial litigation and arbitration. He has been deeply involved in the field of commercial dispute resolution for more than 20 years, from which he has accumulated extremely rich practical experience and became one of the lawyers with outstanding performance in the field.

In 1996, Zhaobo graduated from the Economic Law Department of Zhongnan University of Political Science and Law. He worked as a full-time lawyer in Shandong and was awarded Outstanding Lawyer three times in a row, which attracted the attention of the industry. He was admitted to Tsinghua University for a master’s of law in 2002. After graduation, he joined Beijing Jincheng Tongda Law Firm. In the decade since, he has represented a large number of commercial litigation and arbitration cases.

Qi has published academic articles in professional media such as People’s Court, Legal System, Fangyuan Magazine and other well-known public channels such as Trial Research and Law Reader Library.

In terms of social activities, Qi is a member of the Beijing Economic Law Society and a member of the Chinese Law Society. He has served as a joint tutor for the master of laws at Tsinghua University, is a member of the 9th and 10th construction engineering professional committee of the Beijing Bar Association, and has served as a listed company independent director. He is now serving as a part-time arbitrator of Beihai International Arbitration Court, Baotou Arbitration Commission and other institutions.