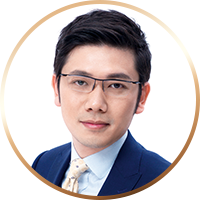 Lin Wei has a comprehensive educational background in engineering and law. His business areas include patents, copyrights, competition and antitrust, trade secrets and data-protection. As a leading attorney, he defended Sinovel in actions brought by American Superconductor for copyright infringement and trade secret misappropriation in which the claimed damage (RMB3 billion, USD470 million) is so far the highest in IP litigation between China and the United States.

In 2008, Lin acted in the copyright infringement dispute of the “Struggle” TV series, which became a typical case of the “red flag standard” in the infringement of information network dissemination rights. In 2009, he represented Tsinghua University in a well-known trademarks and unfair competition case, which was marked as a typical IP case by the Beijing Higher People’s Court. In 2015, he represented Xiaomi in winning a case against Qihoo regarding jurisdiction objection, which was selected into the Annual Top 10 IP Creative Cases by Beijing courts. In 2018, his case involving Xiaomi v Li’s reputation right was selected into the top 10 typical cases of its type by the Haidian court. The copyright dispute between Youku and Baidu in which he acted was selected as one of the 50 Typical IP Cases by the Supreme People’s Court in 2020, the Top 10 IP Cases of Beijing Courts, and the Top 10 IP Cases with the Most Valuable Research Value in China. The first reverse behaviour preservation ruling in the patent case of Xinghao Plastic represented by him was selected as one of the Top 10 Technical IP Cases of the Supreme People’s Court in 2020.

Lin was named as the outstanding young lawyer recommended by CLECSS in 2017. He was selected as one of the A-List – China’s Top 100 Lawyers by Chinese Business Law Journal for three consecutive years from 2018 to 2020. Selected as a top-ranked lawyer in antitrust and competition, IP litigation in China by Legalband for consecutive years from 2018 to 2021. In 2019, Lin was selected as the top IP lawyer in China by Zhichanli & IPRdaily. In 2020, he was named as Client Choice: Top 15 IP Versatile Practitioners by Legalband. In 2021, he was selected as one of Special Issue: China Top 15 Lawyers – Automotive & New Energy by Legalband.