The recent decision of the Supreme Court of Canada (SCC) in Chevron Corp v Yaiguaje should assist Indian and other foreign judgment creditors seeking to enforce against a debtor’s assets in Canada, including Canadian assets held by entities related to the debtor. The decision confirms that the barriers to enforcement of foreign judgments in Canada are low, and continues the trend toward facilitating international business relations and respecting the decisions of foreign courts.

The only real and substantial connection required is to the jurisdiction of the foreign court that granted the judgment. To assume jurisdiction in an action to recognize and enforce a foreign judgment, a Canadian court need only be satisfied that the foreign judgment debtor was properly served with the statement of claim in the enforcement action. Actions for recognition and enforcement can be brought in Canada even if the judgment debtor currently has no Canadian assets.

Canadian companies may be called on to satisfy foreign judgment debts of their parent companies or their related corporate entities, although it is unclear when enforcement against the assets of a related entity may be possible.

In the Chevron case, the plaintiffs, who represented approximately 30,000 indigenous Ecuadorian villagers, sought recognition and enforcement of a judgment rendered in Ecuador against Chevron. The Ecuadorian judgment was based on the role that one of Chevron’s predecessors (Texaco) played in polluting the Lago Agrio region of Ecuador. Chevron owed a total of US$9.5 billion under the judgment.

Since Chevron refused to pay and it lacked any assets in Ecuador, the plaintiffs turned to the Ontario courts for assistance in enforcing the judgment. In serving Chevron, the plaintiffs relied on Ontario’s rules for service out of Ontario and served Chevron at its head office in San Ramon, California.

In response to the plaintiffs’ claim in Ontario, Chevron and Chevron Canada sought an order: (1) setting aside service of the statement of claim; and (2) declaring that the court had no jurisdiction to hear the action, and dismissing or permanently staying it.

Chevron argued that in an action to recognize and enforce a foreign judgment, the enforcing Canadian court must first consider whether it has jurisdiction to hear the enforcement action by applying the real and substantial connection test (just as in an action at first instance). Then, if the Canadian court finds a real and substantial connection, it should consider whether the foreign court properly assumed jurisdiction. Because Chevron lacked any assets in Ontario, and because there was no other connection between Chevron and Ontario, Chevron argued that the Ontario court lacked jurisdiction to hear the enforcement action.

Chevron Canada further argued that the Ontario court lacked jurisdiction over it because its business in Ontario was unconnected to the subject matter of the plaintiffs’ original claim in Ecuador.

The SCC’s decision was grounded in part on principles of comity. Creating an additional hurdle to recognition and enforcement by insisting on a real and substantial connection to the enforcing forum would not be consistent with respect for the legitimate judicial acts of foreign courts. Requiring a foreign judgment debtor to have assets in the jurisdiction was also not conducive to principles of comity, particularly in today’s electronic age where assets could be rapidly moved.

Torys LLP is an international business law firm that works with clients who expect the best advice and service. John Laskin and John Terry are partners and Sarah Whitmore is an associate at the firm. 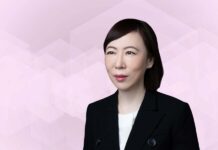 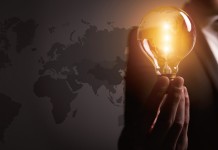 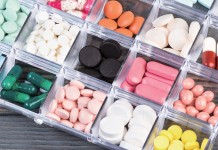 Tips for Chinese pharmas on patent litigation in Canada