In less than three decades, China has transformed from an inward-looking agricultural-based country into a global industrial powerhouse. However, in recent years the Chinese economy has been showing early signs of a slowdown.

To boost the economy, President Xi Jinping launched the ambitious “One Belt, One Road” (OBOR) initiative in 2013, aimed at addressing the country’s overcapacity and structural weaknesses, and redirecting capital for regional infrastructure development.

Infrastructure projects in ASEAN member-states, including Cambodia and Myanmar, are emerging as a major beneficiary of the OBOR strategy, with Chinese investors accounting for 17% of all infrastructure investment across the region in 2015, according to Citibank. Due to Cambodia’s and Myanmar’s strategic locations, strong natural resource bases and, more importantly, close relations with China, the two countries will continue to attract a high proportion of China’s outbound investment, most of which is expected to be directed towards large-scale infrastructure projects.

Cambodia is considered one of the brightest “frontier” growth stories in Asia, driven by garment exports, real estate and construction, and an expanding services sector.

Cambodia has a liberal and open foreign investment regime, with 100% foreign-owned investment permitted in almost every sector, favourable investment incentives and a business-friendly government. Since early 2016, enterprises can now be established through an online registration process, which normally takes four to four to six weeks.

For power projects, industry-specific laws such as the Electricity Law (2001) and Law on Concessions (2007) have been put in place to regulate the sector and ensure adequate protection for affected communities. Nonetheless, their implementation has, at times, been inconsistent, giving rise to the need to liaise with relevant competent authorities in order to secure and maintain all relevant licences and approvals.

According to a joint World Bank and Asian Development Bank report, electricity in Cambodia is “not only more expensive than most neighbouring countries, but the supply is also intermittent”. In response, Cambodia prioritized the development of hydropower to secure cheap and reliable electricity.

Myanmar is an exciting emerging market with a new government that has stated it willl continue to encourage foreign investment. China and other countries have been investing in Myanmar for some time, including in relation to a gas pipeline to Kunming, various power projects, mining operations and tourism. The most important law for foreign investors entering Myanmar is the Foreign Investment Law of 2012 (FIL). This law and its implementing regulations provide the legal framework for foreign companies wishing to do business in Myanmar.

Significantly, the FIL also now permits foreign subsidiaries in Myanmar, through which foreign companies must conduct their Myanmar operations in order to finance their operations via debt. Previously there were no practical mechanisms to permit off-shore loans. Now the FIL permits a foreign subsidiary to mortgage its long-term lease to the relevant Myanmar land. This, along with other securities available, allows foreign banks to finance Myanmar projects. Filing collateral can still be a challenge, however the hurdles are quickly being addressed. 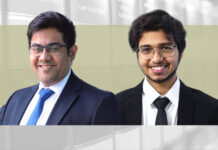