The principles of natural justice, particularly the right of all parties to be heard, have been much debated in the courts. Recently, the question of whether a breach of this right will automatically vitiate the results of an enquiry came before the Supreme Court in State of Uttar Pradesh v Sudhir Kumar Singh & Ors. The Uttar Pradesh State Warehousing Corporation (corporation) issued a tender in January 2018 for the handling and transportation of food grains and fertilizers.

That tender was cancelled for administrative reasons and reissued. The second tender was then withdrawn on the basis that the minimum rates prescribed were impractical, that is too low. Finally, a third tender was issued, which, unlike the previous tenders, was open only to registered contractors. A two-year contract up to July 2020 was awarded to the first respondent (SKS).

The prices in the contract were significantly higher than the minimum rates prescribed by, and bids made under, the two cancelled tenders. Complaints of financial irregularities were made in respect of the third tender exercise. Following investigations, which were not made known to SKS, and reports, which also were not disclosed, the principal secretary of the state of Uttar Pradesh instructed the corporation to cancel the contract although SKS had been duly performing its obligations under the contract. After the cancellation of the contract in July 2019, SKS was prohibited from submitting bids to the corporation for three years.

SKS successfully challenged the cancellation of the contract in the Allahabad High Court on the grounds that the enquiries were conducted behind its back. The appellant appealed to the Supreme Court on the grounds that challenges to the contractual obligations of a state or its agencies could not be brought in the high court. Separately, the appellant argued that a mere breach of natural justice did not vitiate the enquiries into the award of the contract.

The court held that, a challenge in the high court would lie where an element of public law was involved even in matters of contract; and, if an arbitrary action of the state violated natural justice, it would fall under the provisions of article 14 of the constitution thus involving a public law element. Given that the enquiries had not been disclosed, the court held that the high court correctly exercised its jurisdiction in the dispute over the cancellation of the contract.

At one time, the mere breach of the principle that all parties should be heard would automatically render void an order or enquiry. However, jurisprudence in this area has evolved and now the validity of an order or enquiry is to be determined by the touchstone of prejudice (Dharampal Satyapal Ltd). Whether or not prejudice has been caused is to be determined by the courts and not by the authority making the order or undertaking the enquiry.

There is no straitjacket formula to determine the existence or extent of prejudice, and each case must be decided on its own facts and circumstances (PD Agrawal). That said, prejudice will not be found where the parties are in agreement on the facts (KL Tripathi). Where the prejudice caused by the failure to afford a party the right to be heard is not self-evident, the party alleging such prejudice must prove its existence (State Bank of Patiala).

In the present case, no wrongdoing by SKS had been alleged in either the enquiries or in the reports. SKS was in a position to justify the higher prices in its tender bid and in the contract had it been given an opportunity to be heard. As a result of the exclusionary enquiries and consequent cancellation of the contract, not only had SKS lost revenue, it had also been blacklisted from participating in tenders for a period of three years. The Supreme Court held that the actions of the appellant and of the corporation had caused prejudice to SKS and partially upheld the order of the high court.

Though the court upheld the right of SKS to be heard, those who enter into contracts with the state or its agencies should include a clear dispute resolution clause and restrict the instances in which the contract may be cancelled unilaterally. Principles of natural justice, while available from the courts, are stronger as terms in contracts.

Karthik Somasundram and Sneha Jaisingh are partners at Bharucha & Partners 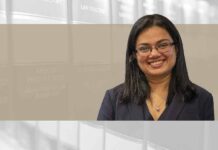