The Asian Infrastructure Investment Bank’s general counsel, Gerard Sanders, talks to John Church about his unique role in building a legal division and helping to chart the bank’s course from the ground up

Building a major bank from scratch is a monumental exercise. Fundamental to construction, and more important than bricks and mortar, are the legal platforms and parameters that form the institution’s charter and instruct its day-to-day financial operation. Throw in the fact that the bank is dealing with multiple jurisdictions, and on projects with the potential to change the lives of millions, and you have a glimpse of the weight attached to the work of one of the region’s busiest general counsel. Gerard Sanders took on the job as general counsel with Asian Infrastructure Investment Bank (AIIB), and a change of scenery from Europe to Beijing, where he is now based, in August. The quietly spoken New Zealander saw the move as somewhat of a natural progression – a new challenge, and perhaps even the pinnacle of a career that has stretched both his legal and leadership potential.

A younger Sanders gained early and broad-based commercial experience in a private-sector law firm, Simpson Grierson, in New Zealand. That was followed by litigation experience and work advising governments in Washington DC with Arnold & Porter, and then a stint with British petro giant BP for two years.

This private-sector and in-house experience laid the platform for a move to the European Bank for Reconstruction and Development (EBRD), followed by two years with the UN’s International Fund for Agricultural Development (IFAD). 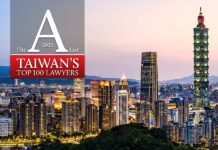