Home Leader Much to crow about

In Asia the Year of the Rooster has landed, and you may have noticed him greeting you on our cover! And while we have congratulated and given our best wishes to friends and colleagues in the traditional ways, many of us are more uncertain than we have been in many years about just what that rooster will be flying in with in 2017.

Our cover story, What’s ahead? explores a global theatre that has not been this volatile since the Cold War, and national trends towards closing doors and looking inwards that are reverberating inevitably from the West to our own neighbourhood. So what will all this uncertainty mean for law firms and in-house counsel in the region? What practices will be affected the most, and how? We asked some of the region’s coolest heads – among them academics, trade experts, corporate counsel association chiefs and multinational GCs, many of them esteemed members of our editorial board – for their views on the macro developments that are rippling towards us, and for some of the micro developments that will be most significant for the region in 2017. Their opinions make for essential reading on issues large and small that will impact all of Asia’s legal community in one way or another this year.

From a high number of deal nominations from all parts of Asia, the difficult process of whittling down to the winners was undertaken and we also used the resources of our sister publications in determining regional winners from their respective countries. We decided on 10 categories for the awards: Antitrust; Banking and Finance; Capital Markets; Disputes; Mergers and Acquisitions; Private Equity and Venture Capital; Infrastructure; Intellectual Property; Real Estate; and Restructuring and Insolvency. These categories cover most practice areas, and the sheer number of nominatios in some was a good indicator of the trends for legal business across the region.

Not surprisingly, the Mergers and Acquisitions category was well represented, while Infrastructure was another area of developing interest, and the Restructuring and Insolvency category reflected a trend on the uptick. Deal winners were awarded not just on value, but on significance, relevance, complexity and innovativeness among other criteria we set for the winning deals. The deals and winning firms were placed in alphabetical order to avoid presumption of ranking. Congratulations to our regional winners!

Turning to trade, renowned author and legal academic Andrew Godwin dishes up his opinions in Canned soup on what the collapse of the Trans-Pacific Partnership (TPP), courtesy of one Donald Trump, heralds for the future of such major agreements in the region. While it is probable that countries in the Asia-Pacific will pin greater hopes on the proposed Regional Comprehensive Economic Partnership (RCEP), Godwin views these types of proposed agreements in the context of greater regional financial integration.

We have already begun to see cautious moves towards financial integration between certain ASEAN members in the areas of banking, insurance and capital markets, but the challenges make for what he calls “an alphabet soup of differences in terms of the ways in which fundamental issues are framed and resolved”.

Finally, Just relax looks at changes afoot in China for foreign investors as the nation changes from an approval regime to a record-filing system for its foreign investment administration regime. The amendments to four major laws appear to be moving things in a more relaxed direction, but slackening compliance for corporate counsel is not advisable.

We hope you enjoy our first issue for 2017 and take the opportunity to wish all of our readers a happy, healthy and prosperous Year of the Rooster! 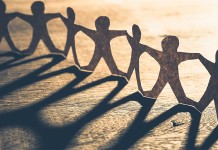 The future of leadership