Law firms, in-house teams and individual lawyers are all struggling to stay abreast of legal technologies, and while some are faring better than others, the ways in which tech is reshaping traditional practice are beginning to take shape. Leo Long reports

Baker McKenzie adopted artificial intelligence (AI) in 2017 that mainly handles M&A and other transactional work. The firm hired eBrevia, which employs AI or cognitive computing to analyse and extract information from contracts. According to Ned Gannon, CEO at eBrevia, based in Connecticut, its products allow non-technical users to “train” the software themselves to extract custom terms and meet specific needs.

While lawyers have to spend hundreds of hours analysing countless documents and conducting reports, this kind of AI tool does it in a few seconds, after “training”. That means law firms and their in-house counterparts can save time and money, and inevitably, their headcount of lawyers, by having AI do the repetitive work.

The threat has never been so close for lawyers now that the first batches of AI tools have landed their jobs in law firms since 2016. But the legal tech story started at least 10 years ago, when pioneering companies like Rocket Lawyer and LegalZoom elbowed into the legal market to compete with traditional law firms and information companies. These young players changed the legal market with new business models that were quickly picked up by start-ups around the world.

But compared to other tech industries with billion-dollar investments, legal tech is still nascent, even for relatively developed regions in Europe or North America. In 2016, the investment in legal tech was only US$155 million for 67 deals, the biggest one being a US$18.6 million financing of e-Discovery software CS Disco, according to consultancy CBInsights. Nonetheless, it is undeniable that legal tech is rising.

With economic growth in the Asia-Pacific region, Western legal tech pioneers have moved eastward. In early 2017, Cyril Amarchand Mangaldas deployed the AI tool Kira for its legal work, claiming to be the first law firm in Asia to use AI. In September, WongPartnership also embraced AI as the first Singaporean law firm of this kind adopting technology from London-based AI firm Luminance to support its corporate/M&A practice. The platform’s intuitive solutions to transaction documents ensure that the firm’s lawyers can focus on key documents from the outset to conduct due diligence and other contract review processes more effectively.

Noah Waisberg, the co-founder and CEO of Kira Systems based in Toronto, says its machine learning technology has gained “exciting momentum” in Asia.

“Just like in the other markets we’re present in, we’ve seen our customers in Asia adopt holistic approaches to innovation that show a real commitment to the long-term transformation of their business,” says Waisberg, who also sees “incredible growth in the number of legal tech companies and their impact on the practice of law across Asia”.

Gannon, from eBrevia, is also confident about his company’s growth in Asia. “The Asian market is open to adoption of legal technology,” he says. “To address the demand, we are rapidly iterating our software to meet the unique requirements of this market, including additional language capabilities and more pre-trained provisions.”

Local tech-oriented legal start-ups in Asian countries are also mushrooming and catching up. For example, under the Chinese central government’s initiative to promote entrepreneurship, dozens of Chinese legal tech companies were born and obtained rounds of multimillion-dollar funding in the past five years.

Wusong Technology is one of the leaders in China. At the end of 2016, the Chinese online legal service platform raised US$17 million Series B round funding, making it one of the biggest investments for legal tech in the world.

The company started by running a WeChat account in 2014, then marched into the area of case database with more than 40 million cases, and in 2016 launched an AI chatbot called Faxiaotao, which offers users case analysis and helps them locate lawyers.

Jiang Yong, the founder of Wusong Technology, is positive about China’s legal tech market, though it is still in its infancy.

“The impacts of technologies like internet, big data and AI on legal technology in China are more obvious than in developed legal markets,” says Jiang. “Therefore, legal tech in China is quite promising.” He believes China will probably surpass the US in the near future in terms of data accumulation and scenario applications of AI.

Having contact with thousands of Chinese lawyers through his work, Jiang thinks both the country’s authorities and people are ready to embrace legal tech, and to some degree it has received more tolerance than elsewhere in the West, which explains the fast growth in the nation.

“What makes China different is that its authorities attach great importance to legal tech and drive the research in this area, while investors are also paying attention to legal tech,” he says.

His optimism is not grounded on nothing. For example, many courts in China have already set up online portals for document submission.

Singapore has also taken an innovative and forward-looking approach, which allows the proliferation of new law models and technology for lawyers to better serve clients.

“We want to catalyse innovation within the sector, prepare our legal community to become future-ready, and provide them with the ecosystem needed to develop new business models and new legal technologies designed for the digital age,” says Noemie Alintissar-Mooney, the manager of FLIP and also a legal tech entrepreneur.

Like many Asian countries, Indonesia has a low ratio of advocate to citizen, at 1:10,000, while in the US the ratio is 1:250. “When there’s a lack of manpower, we believe there’s a lot of demand,” says Andro, who believes the legal market there will soon boom and be “bigger than any other industry”. 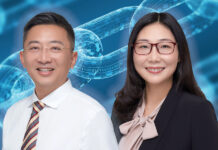 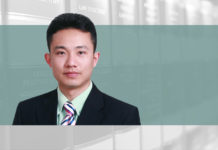 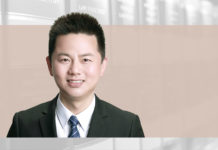