Companies A and B, both state-controlled enterprises, jointly invested in the establishment of company C, with each holding 50% of its shares. According to the investment agreement and the articles of association of company C, the two shareholders, companies A and B, would take turns to nominate candidates for the chairman and general manager. At the beginning, the operation of company C was smooth, with company A nominating the general manager and company B the chairman. However, in the following rotation, the chairman nominated by company A restricted the authority of the general manager nominated by company B through a series of direct and indirect steps, causing company B to believe that its legitimate rights and interests had been infringed. Although the shareholding ratio of the two companies was equal, company A had certain advantages in the main business of company C. So what measures should company B have taken to ensure its voice is heard in the management of company C?

In practice, this type of case is not uncommon. A 50-50 equity ratio arrangement with shared rights to appoint senior management may seem the best way to balance the interests of both shareholders and provide balanced corporate governance, but it is inherently flawed as the absence of a shareholder with an absolute voice and actual control will lead to the evenly matched shareholders clashing under the current Company Law. In the event of disagreement between shareholders based on their own interests, the equal ratio grants both parties a veto power, making it difficult to make effective decisions on matters subject to majority rule as stipulated in the Company Law or the articles of association, ultimately resulting in a corporate deadlock. Even worse, shareholders may put excessive energy into infighting and have no time to attend to the company’s business, disturbing its normal operation.

The high-profile dispute over the control of the Chinese catering brand, Kungfu, was a result of internal conflict between the two shareholders. However, in our example of companies A and B, conflict did not break out directly at a shareholders’ meeting. Instead, one party took advantage of its dominant position to infringe on the legitimate interests of the other party in corporate operations. The authors will analyse the measures available to company B to resolve the dilemma. First, the general manager appointed by company B is essentially its “spokesperson” in the target company, its representative in business management. Therefore, when his/her authority is restricted, company B, as a shareholder, may consider convening an extraordinary shareholders’ meeting to further refine and clarify the authority of the general manager by amending the articles of association or relevant systematic documents, to protect its legitimate rights and interests.

In addition, company B may engage in arm’s length negotiations with company A to readjust the corporate governance structure according to the characteristics of the two companies. For example, since company A has a dominant position in the main business of company C, it can have a stronger voice in department setting and personnel assignment, while company B may be given more authority in finance and risk control.

Sometimes investors are forced to make a pact of equal equity, knowing full well its limitations. In such cases, investors should consider taking preventive measures when designing the system. Shareholders should fully negotiate before the establishment of the company, explicitly agree on the decision-making mechanism in advance, and predetermine the mediation procedures in case of disputes and the resolution of deadlocks, allowing the articles of association to fulfil their guiding role in corporate governance.

When designing corporate systems with equally divided equity, the authors have the following suggestions.

The first step is to properly design the rules of procedure of the shareholders’ meeting and the board of directors, and arrange a sound internal setup of the company, such as appointing independent directors with business or professional competence to make independent calls and vote on resolutions. Or, as mentioned above, according to the different characteristics of shareholders and the separate needs in the company’s operation and management, shareholders should take advantage of their respective strengths in setting up departments and assigning personnel, while exercising mutual checks and balances.

An executive body under the shareholders’ meeting and the board of directors can be established for full deliberation and implementation. For example, a “general manager’s office meeting”, or other forms of such a body, can be given the authority to make decisions on the daily operation of the company and set the scope of authority for implementation. In addition, important matters requiring clarification, such as amendments to the articles of association and large investments, may be fully addressed at the general manager’s office meeting, laying all disputes and shareholder disagreements on the table before being submitted to the shareholders’ meeting or the board of directors for voting.

A mediation process between shareholders should be established in advance in case of a deadlock or difficulties in the company’s operation that hinder achieving investment objectives. For example, it can be agreed in advance to submit any dispute to a third-party institution for mediation or handling. Setting up an exit mechanism for dissenting shareholders is also important.

Due to limited equity liquidity of limited liability companies, the external transfer of equity may be subject to numerous restrictions. Therefore, it may be set out in the investment agreement or the articles of association that in the case of disagreement on a resolution, if all prerequisites are met, the dissenting shareholder has the right to request the shareholder promoting the resolution to acquire its equity in the company at a fair price to ensure a smooth exit. 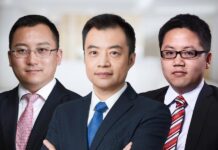 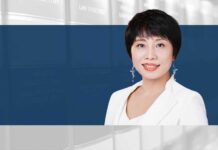