Directors, being the controlling mind of a company, are in charge of its governance and management. While some directors are employed by the company whole time, others contribute their experience and reach in an unassertive supervisory capacity. Non-executive directors fall in the latter category.

The Supreme Court in Pooja Ravinder Devidasani v State of Maharashtra iterated this view: “Non-executive director is no doubt a custodian of the governance of the company but does not involve in the day-to-day affairs of the running of its business and only monitors the executive activity.” Therefore, the role of a non-executive director needs to be construed keeping in mind the types of directors in a company vis-à-vis their role in its functioning.

Further, it is crucial to understand the role of a nominee director. As per section 149(7) of the act, a nominee director is nominated either by a financial institution or the government or any other person to represent its interests. Therefore, nominee directors functioning as non-executive officers are invariably appointed in a representative capacity by an investor.

The act requires all directors to perform their duties diligently, act in the interests of the company and exercise independent judgment. As directors, albeit non-executive, liability is fixed on them in instances of non-performance of their duties under different statutes as follows:

As per section 149(12)(ii) of the 2013 act the directors shall be held liable for acts of omission or commission by a company which occurred with their knowledge, attributable through board processes or consent or connivance or where they had not acted diligently. Moreover, under section 2(60), a director is liable as an “officer in default” in respect of any contravention or non-compliance of the act if the director was aware of or had consented to such contravention.

Moreover, as per section 543 of the Companies Act, 1956, in the course of winding up, the court has the power to examine the conduct of any director and compel them to restore the money or property to the company if they had either: (a) misapplied, retained or become accountable for such money or property of the company; or (b) been guilty of any misfeasance; or (c) committed breach of trust in relation to the company.

Calcutta High Court in Official Liquidator v Nagin B Parikh observed that the non-executive directors had to be discharged from the misfeasance proceedings under section 543 since they had no responsibility in the conduct of the company’s business and merely looked after negotiations to forge a settlement between the company and other financial institutions.

As per section 179 of the Income-tax Act, 1961, where income tax due from a private company undergoing liquidation cannot be recovered, all directors shall be liable for the payment of such tax. However, directors will not be liable if they can prove that non-recovery of the dues cannot be attributed to any gross neglect, misfeasance or breach of duty on their part.

Therefore, it is evident that though not responsible for the overall affairs of a company, non-executive directors can be held liable unless they prove diligence on their part.

Appointing directors on the board of a company constitutes a part of having “control” of the company. Private equity and venture capital investors typically seek control by appointing non-executive directors to supervise the internal functioning of a company. These directors require tact as they represent the interests of the investor and concurrently must act in the best interest of the company. Further, these directors must perform their duties with prudence and in a balanced manner in order to avoid personal liability in case of improper governance of the company.

Safeguarding the investor’s interests at the expense of performing their duties as a director or vice versa could land a non-executive director into legal difficulty. This may lead investors to send observers to board meetings instead of appointing directors.

To conclude, non-executive directors must be sure to record their dissent on the issues they are unsure of, be attentive and avoid conflict-of-interest situations. Suitable indemnity must be sought from the investee company for their protection. Directors’ and officers’ liability insurance is another safeguard. In spite of these measures in place, the corporate ecosystem is at crossroads vis-à-vis the liability of non-executive/nominee directors.

Bhumesh Verma is a partner and Anandini Kumar is an associate at Link Legal India Law Services. 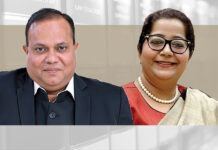 A business guide to the Social Security Code 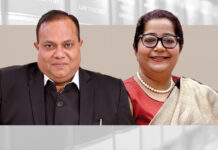 How to balance the IBC and the PMLA 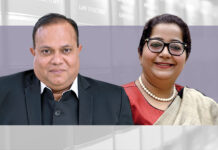