Chinese investments in overseas properties are still active but are having to overcome new capital challenges, according to legal experts involved in two recent deals.

When Chinese investors plan to invest in American and British real estate at the moment, the impacts of China’s restriction on capital outflows cannot be overlooked, said legal experts.

“We will continue to see significant outbound investment into the US in the medium to long term, but this may slow in the short term as deal fluidity is affected by China’s restrictions on capital outflows,” Paul Guan, a real estate partner in the Hong Kong office of Paul Hastings, told Asia Business Law Journal.

David Hamsher, a partner in the global real estate practice of Paul Hastings in San Francisco, added: “The somewhat opaque approval process adds potential uncertainty to the Chinese investor’s ability to expatriate the capital necessary to close, and may lead some sellers to look to alternative buyers who may have a greater ability to secure such funds.”

“The trend in the past 12 months has been that the majority of the deals have been carried out by private organizations and individuals rather than state-owned,” he said. “That’s partly a by-product of Chinese capital controls on out-bound investment.”

According to Harvey, what concerned the UK sellers the most was whether the Chinese buyers could get their money out of China. “The majority of the purchasers have been based in Hong Kong where they are not under the Chinese controls.”

Harvey said that after Brexit there had been many opportunistic, primarily Hong Kong-based buyers who had taken advantage of the significant devaluation of the British pound, which made assets and properties up to 20% cheaper for Chinese buyers.

“The majority of recent deals for Hong Kong and Chinese clients have been focused on London” he said. “Chinese buyers are looking for distressed opportunities and lower prices after Brexit.” However, Harvey said that in Central London’s prime areas there were very few deals that were distressed. “If Chinese investors buy prime properties in London, they will have currency benefits – i.e., devaluation of the pound – but prices have been relatively resilient,” he said. “The majority of the buyers for prime Central London properties have been Chinese and there is an irony that Chinese buyers compete against each other for the assets here.”

Harvey said the types of properties favoured depended on the type of investor. HNWIs tended to favour luxury retail shops in prime West End streets such as Oxford and Bond, while listed companies focused more on central London offices. Developers such as R&F properties and Greenland Group looked for residential development sites. “There has been some investment out of London, maybe in Manchester, but 95% or maybe more has been focused on Central London,” he said.

In the US, “investors will be looking at deals that provide solid long-term returns, potentially in second-tier cities”, said Guan. Hamsher added that “demand for high-quality, well located development projects and operating properties in San Francisco and other gateway US cities remains strong across product types”. 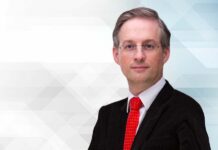 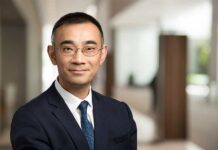