The question of extra territorial application of the tax statutes has never been free from varied interpretations. Similarly, the orbit of tax import vis-a-vis non-residents has always been riddled with debate.

Considering the spate of M&A activities happening in India, the extra territorial application of tax statutes has become an epicentre of discussion by courts.

The recent notable judgments of the courts, which have been carefully watched by the global business community, point to the wide ramification of the same. They have created anxiety among non-residents, be it corporate assessee or individual tax payers.

As generally understood, the law of a state has effect only within its own boundaries. This general principle, however, has a very important exception: if a sufficient territorial nexus can be established between the person sought to be taxed and the country seeking to tax him, the taxing statutes can extend to that person in respect of his foreign income also. While this is based on certain well settled principles, this liability has to be real and cannot be based on surmise or conjecture.

The provisions of the Income Tax Act, 1961, categorize assessees as residents and non-residents. Non-residents are defined under section 2(30) of the act as a person who is “not a resident”. Residential status of a company depends on the place where the control or management of its affairs is situated. The only difference in case of residents is that they are chargeable in respect of income that accrues or arises and is charged outside India.

Sections 4, 5, 6 and 9 are the main provisions that relate to non-residents. While section 4 of the act is the charging section, section 5 outlines the scope of total income for various categories of taxpayers.

Section 5(2) of the act provides that the total income of any previous year of a person who is a non-resident includes all income from whatever source derived that: a) is received or is deemed to be received in India, or b) accrues or arises or is deemed to accrue or arise in India.

Thus, even income accrued outside India is taxed in the hands of the non- resident. However, the act does not clarify circumstances in which income could be deemed as received in India by a non-resident.

The scope of income accruing or arising in India has been discussed. Also, the courts have many times deliberated on the extent to which taxing statues can apply in relation to a transaction that has been entered or concluded outside India.

Laying down its observation on the extraterritorial operation of income tax laws in the celebrated case of Eli Lilly the Supreme Court observed: “it may be noted that the Act has extra-territorial operation in respect of the subject-matters and the subjects which is permissible under Article 245 of the constitution and the provisions are enforceable within the Area where the Act extends through the machinery provided under it.”

In GVK Industries Ltd & Anr v ITO a larger bench of the apex court dealt with the powers of parliament for enacting legislation with respect to extraterritorial aspects or causes that do not have any direct or indirect effect or consequences for the territory of India, or any part of India.

On the issue of extraterritorial aspects, the court observed that the purpose of clause 2 of article 245 is to specify that a law made by the parliament for the whole or any part of the territory of India, should not be held invalid solely on the ground that such law requires extraterritorial operation. Thus, all the power vested in any organ of the state (including parliament) may be exercised for the benefit of India.

Further, considering the prevailing uncertainty, foreign investments can be turned off due to unpredictable and inconsistent taxation regimes. The courts ought to maintain a balanced approach while dealing with such issues, so that boundaries of tax statutes are definitive.

Aseem Chawla is a partner at Amarchand & Mangaldas & Suresh A Shroff & Co, where Saurav Sood is an associate. The views expressed in this article are those of the authors and do not reflect the official policy or position of Amarchand Mangaldas. 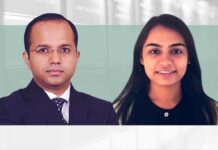 The government is keen to support the growth of online trade, but its draft e-commerce rules could have the opposite effect.
India’s top lawyers and legal icons
A celebration of excellence in corporate legal teams