Recognizing, respecting and protecting the rights of indigenous peoples, which includes “traditional knowledge”, is not only enshrined in the Philippine constitution, but recognized internationally as expressed in the UN Declaration on the Rights of Indigenous Peoples (UNDRIP) and the International Labour Organization (ILO) Indigenous and Tribal Peoples Convention No. 169.

While the Philippines has not yet ratified the latter, and abstained from voting on the UNDRIP, it has, through the promulgation of the Indigenous Peoples Rights Act (IPRA) of 1997, adopted its principles, and is consistent with ILO Convention No. 169.

The last census (2010) estimated that there are 14-17 million indigenous people belonging to 110 ethno-linguistic groups in the Philippines. Much of the indigenous people’s traditional knowledge is in health and healing. As these communities characteristically live in the mountains, they are largely dependent on plants and other natural products to prevent and treat sickness.

The laws, however, do not clearly spell out how traditional knowledge is to be protected, but only provides a mechanism for voluntary disclosure and the requirement of informed consent for patent or trademark applications for registration.

Through this database, researchers and other groups or individuals interested in a particular traditional knowledge may be directed to the community that owns the knowledge, from whom free and prior informed consent must be secured.

Such a database may also serve to prevent third parties from obtaining unauthorized or illegitimate rights to the indigenous communities’ healing practices and medicinal products by helping establish evidence of ownership.

Unfortunately, logging, mining and other commercial activities that degrade the environment, as well as the onslaught of lowland modern cultures, have had a negative impact on the cultural wealth and ancestral lands of indigenous people, including their continuing fight to own and protect their ancestral domains, as well as their human rights.

An example is the recent case of Heirs of Tunged v Sta. Lucia Realty (6 March 2018). The Heirs of Tunged, of the Ibaloi tribe, original settlers in Baguio City and Benguet province, a recognized indigenous people, filed an environmental case against a land developer, Sta. Lucia Realty and land claimant Baguio Properties after the latter destroyed trees and plants in the claimed Ibaloi ancestral land. The Supreme Court remanded this case to the Regional Trial Court that earlier dismissed the case for lack of jurisdiction.

There are a number of cases highlighting the good effects of the IPRA, as well as negative ones, but the slow implementation of the IPRA, notwithstanding the clamour to ratify ILO Convention No. 169, puts a damper on the IPOPHL’s ability to move forward on protecting the traditional knowledge of indigenous people. 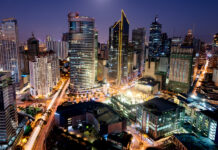 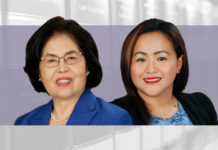 Declaration of use in international registrations