Japan and India have a long cultural relationship, which date back to 752 AD. What started as a cultural exchange has now come to a point where more than 7% of all foreign direct investment (FDI) that has come into India in the past 20 years is attributable to Japan. While steel was the predominant area of focus of investment until recently, the information technology enabled services (ITeS) sector has witnessed the highest deal value between 2015 and 2020.

In 2018, the two countries signed the Japan-India Startup Initiative with a plan to launch a common startup hub to act as an interface between companies from both countries under the aegis of the India-Japan Digital Partnership.

More importantly, there are multiple opportunities of investment in the startup and other strategic sectors such as data centres, artificial intelligence (AI), education, commercial space, and healthcare, especially in the areas of telemedicine and digital health solutions.

Some recent developments in the technology space include:

(1) the notification of the Telemedicine Practice Guidelines;

(2) the announcement of draft policies for satellite communication, remote sensing and technology transfer;

(4) the release of the national strategy notes for AI and blockchain.

There have also been lots of policy and investment-related developments in the media sector including:

(1) delineation of the content and technology aspects of over-the-top (OTT) platforms;

(3) guidelines for regulation of fantasy gaming at the national level; and

With the phenomenal growth of digital areas of entertainment, substantial investments are being channelled into production, gaming and e-sports. The emphasis on delivery of high-quality audio and video over telecommunication networks has led to the need for upgrading telecoms infrastructure, and the impending auctions of the 5G spectrum.

The Indian government has been supporting considerable investment and has facilitated developments in the healthcare, agriculture, space research, digital space and similar sectors. In terms of adoption of revolutionary technology, the government in the past term has brought in the prominent sectors of AI, machine learning and similar avenues under some legal supervision, by a proposal to introduce all of this in social transformation, inclusion and empowerment programmes, as well as healthcare, agriculture, education and smart mobility. Recently, the government hosted a major summit, in October 2020, to exchange ideas related to the implementation of AI in the defined areas.

The ITeS sector has also witnessed tremendous growth in terms of the regulatory framework, which is undergoing a revamp to keep up with the pace of technological advancements. There is also increased participation of the private sector in making submissions with respect to the proposed regulatory framework, and in them demonstrating the pain points of the sector that require urgent government intervention and support.

In 2020, telehealth was included within the regulatory framework, and government policies were aimed at homogenising the ecosystem. Building in interoperability measures were also brought to the fore for discussion with the stakeholders. The predictions for this digital transition are promising, and are also inviting foreign investment from across the globe.

There are no restrictions on the ITeS sector per se, in terms of FDI, and the restrictions only apply whenever there is an overlap with any other restricted sector. For instance, in the event where there is an overlap with implementation of a technology platform with respect to the digital commerce space, FDI is not permissible in the inventory model.

However, to increase the participation of foreign participants, and to welcome technological advancements, the government has hiked the limit of FDI in the e-commerce marketplace model to up to 100%, under the automatic route.

Restrictions pertaining to technology-reliant ecosystems are mostly from the perspective of ensuring the privileges of the consumers, and in safeguarding their interests. There are no express limitations with respect to the investment opportunities presented in the sector, which is demonstrated by the flourishing ITeS, or business process management (BPM) sectors.

With the increase in the dependence on internet and other telecoms services, private equity investment in the business of data centres has also increased. Noted household names are getting involved, for example Nippon Telegraph and Telephone announced plans to invest a significant part of its US$7 billion global commitments in January 2020 for data centres business in India over the next four years.

India has a captive audience across all demographics, and has various avenues such as television, films, out-of-home, radio, animation, visual effects (VFX), music, gaming, digital advertising and print. These sectors are the sunrise of the economy, and are making giant strides in creating opportunities across revenue streams, employment, and other ancillary entertainment industry verticals.

There are several reports that indicate the Indian media sector is growing at a rate faster than the global average, and this is apparent from the content that is being made available on the digital or OTT platforms. Owing to a spur in access to cheap smart devices and fast internet in the past couple of years, there is a tremendous growth in the consumption of digital content, digital gaming services, music streaming services and the like.

The government has taken several initiatives in digitising the cable distribution sector to attract greater institutional funding, including bringing in reforms to the regulatory sphere. Additionally, the sector has several self-regulatory organisations that foster growth in the sector, while ensuring the sector is not unregulated, and ensuring consumers’ interests and complaints are suitably addressed.

The sector has also witnessed a rise from 74% to 100% allowance in terms of FDI in the DTH satellite service and sector. In 2001, the government granted industry status to the Indian film industry, and institutional funding in the sector has increased ever since. For smoother transactions, even the financial regulator, the Reserve Bank of India, formulated guidelines for banks funding the film industry.

All these initiatives also allowed multiplexes to flourish and regional cinemas to resurge (which are also being supported by OTT platforms now), and the growth of the VFX industry and the pay-per-view market. NITI Aayog, the premier Indian thinktank of the Indian government, recently announced draft guidelines for regulation of the digital sports platform at the national level. Once enacted as law, this will change the existing disparities in compliance requirements mandated at a state level.

India is the second-largest telecoms market in the world in terms of its subscriber base. It has been growing in strength for the past decade across all the service offerings typical to the sector. The government has enabled market access to telecoms equipment and the regulatory framework, and has also facilitated the deregulation of FDI in the sector.

These sectors are not just boosting the economy, but have also contributed towards several regulatory changes that recognise and welcome private participation, as well as value the self-regulatory models that have allowed the sectors to grow. The changes made by the government in inviting foreign participation, by the constant update of the FDI sectoral caps and approval routes, have allowed for foreign participation to rise and assist in culmination of the domestic market as a global leader. 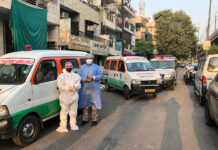 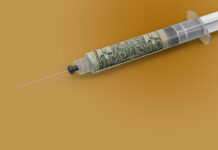 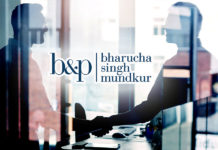