English
Our publications
Home Four seas In the driver’s seat

As the state-owned enterprises have restructured, professionals like Sun Xiaoqing have been the first to take their legal departments down a new road. She talks about the pace of change with China Business Law Journal in Beijing

Sun Xiaoqing is general counsel at Sinopec International, which is a wholly owned subsidiary of Sinopec specialising in international business and procurements.

CBLJ: Can you walk us through your career with Sinopec?

SX: I was mainly involved in legal work after I began working in Sinopec. At the beginning I worked in a professional company called Three Dragons, a subsidiary of Sinopec. At that time, the company was only responsible for the legal work of some of Sinopec’s departments.

It was not only myself who joined the corporate reform and asset management department, but the whole legal office. At first there were three of us, and later it increased to seven. At that time, we were mainly responsible for Sinopec’s listing, from 1999 to 2000, and the listing of H-shares and A-shares in 2001. We also took part in Sinopec’s internal asset integration. And we provided legal services to the entire Sinopec group. For some time, the legal office worked under the secretariat of the board and was responsible for the securities-related legal work of Sinopec Corporation. There was no breakdown of Sinopec’s in-house legal work, and we took care of many things like listing, M&A, contracts, litigation and arbitration. At that time I was initially just a legal counsel, and was promoted to deputy head in 2002. 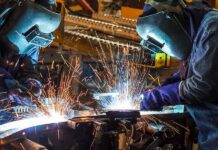