Sinopec International Petroleum Exploration & Production Corporation (SIPC) has subscribed through a subsidiary for additional shares in Australia Pacific LNG Pty, paying approximately US$1.1 billion net. This will raise Sinopec’s ownership interest from 15% to 25%, while ConocoPhillips’ and Origin Energy’s ownership interests will be reduced to 37.5% each.

The subscription agreement was signed and announced on 20 January, and key commercial terms are consistent with the terms of a similar agreement signed in April last year. Completion is subject to approval by both the Chinese government and Australia’s Foreign Investment Review Board, and on Australia Pacific LNG reaching a final investment decision on a proposed second train.

Australia Pacific LNG (APLNG)is the leading producer of coal-seam gas (CSG) in Australia and holds the country’s largest CSG reserves position. It is proposing to develop a multibillion-dollar CSG to LNG export project in Queensland. The project will develop Australia Pacific LNG’s gas fields in the Surat and Bowen basins in southwestern and central Queensland.

Herbert Smith’s China energy team advised SIPC on the transaction. The team was led by Anna Howell, head of the firm’s Asia energy practice, assisted by senior associate Monica Sun and associate Su Hao. Herbert Smith was also legal advisor to SIPC on its original subscription for a 15% equity interest in APLNG, completed in August 2011.

SIPC’s Australian counsel was Blake Dawson, while APLNG was advised by Clayton Utz. 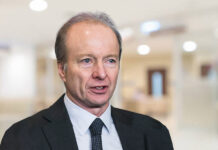